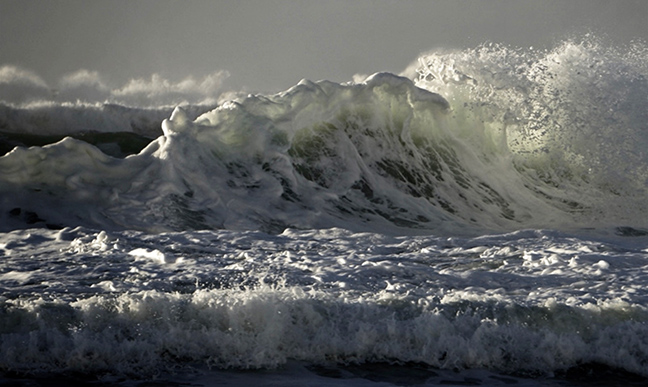 I was sailing offshore from Great Sale Cay in the Bahamas to Beaufort, South Carolina. This is an offshore trip, running the center of Gulf Stream for much of the way. My vessel is a 2002 50-foot Catalina sloop with a Raymarine Linear Drive 2 and your current autopilot system. My crew (Kathryn Ellis) and I were some 80+ miles off the US coast.

The forecast was a chance of thunderstorms during the afternoon, the same as the previous day. These thunderstorms would form up over land and typically head Northeast through East. By the time the storm cells reached the Gulf Stream, they were about 20-25 knots with rain, nothing to worry about, and normal for that time of year. With our Raymarine Radar we usually dodged them. 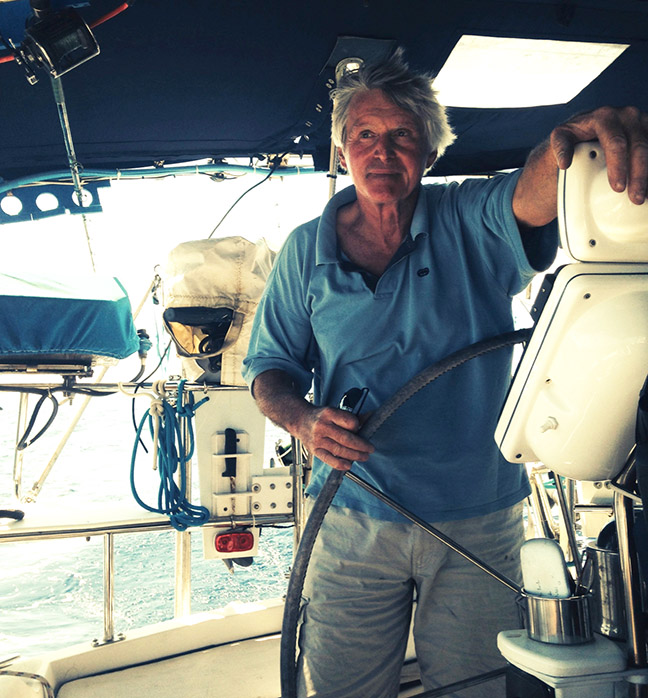 Barry Stedman at the helm of the 50’ S/V Imagine. Photo by Kathryn Ellis

Still, I watched the weather using Raymarine Sirius Weather on a Raymarine chartplotter. As time passed, a large storm front built along the length of Florida into Georgia (RED and YELLOW on the chartplotter). It moved in the typical fashion, losing strength as it progressed over the ocean (GREEN). However, I continued to watch. Instead of breaking up further, it formed a single large storm cell, about 80 miles wide and 50 miles deep. It was now RED and headed straight for us.

The storm appeared behind us as a two-level mass (white and gray), hooked into the sky. There were no downward wind plumes, which would normally suggest little wind inside the clouds. However, given Raymarine Radar and Sirius data, this was no normal storm. I began to prepare the vessel, completely furling the genoa, and putting two reefs in the mainsail. I had my harness on, ready to put in a third reef, when I saw waves rushing towards us. I changed direction to prevent a jibe. The first gusts hit at 78 knots. The boat accelerated to 11.2 knots, not including the Gulf Stream.

Raymarine AIS indicated a ship on our starboard side, on a converging course. I called and requested sea room, and the ship veered off. There were two mayday calls about this time, none with positions given.

The Raymarine autopilot steered far better than I could. Waves were breakers, not whitecaps. We ran with the wind, jibing again in about 40 knots apparent wind. This was to avoid the container ship, so it could return to its course to Savannah. The captain offered to come around and blanket us, by the way.

The storm lasted about two hours. Except for a few minutes, the Raymarine autopilot was in charge the entire time. The performance? Superb! The degree of control exceeded my expectations. Imagine waves breaking into white water and spray hurled over the boat, winds seldom less than 60 knots. Your autopilot ‘knew’ what to do, bearing away, etc. At no time was there any sense it was going to be a problem. I worried more about a shroud failing from the mast and sail loads. In fact, I believe with the autopilot doing such a great job, it was safer to sail under reduced sail than to try to heave-to in those breakers.

Incidentally, I kept my engine running during the worst of the storm to ensure there was plenty of power. 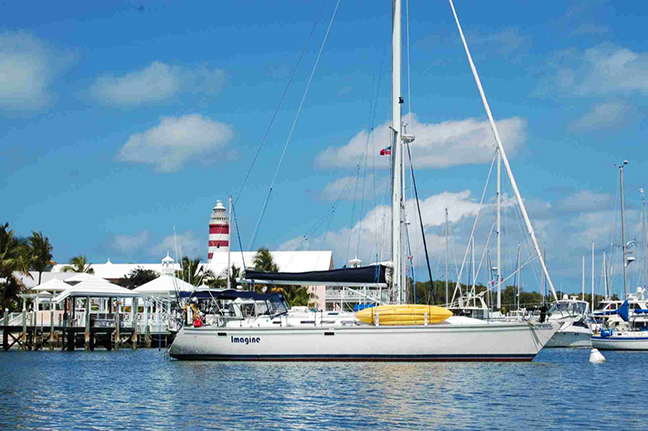