Raymarine Streamlines the Onboard Lifestyle 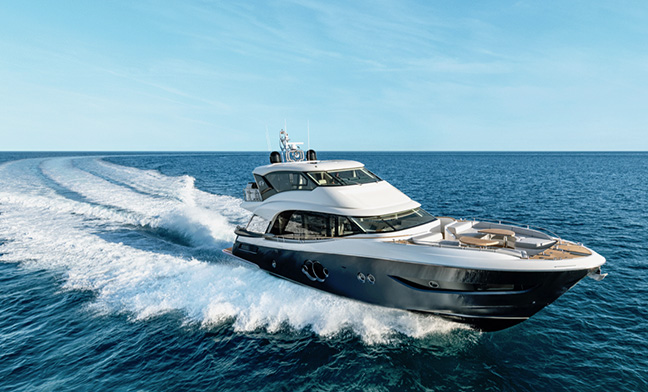 Raf Aviner and his family love the boating lifestyle. From their home port in Connecticut, the Aviner’s spend ample time cruising the waters of Long Island Sound, making frequent passages up the Hudson River and up the East Coast to Northern Maine. “We spend a lot of time on the boat,” says Aviner, referring to his current vessel, an MCY (Monte Carlo Yachts) 76 Skylounge. “We cruise extensively, from June through October here in the Northeast and all winter long on both Florida coasts. Even when we aren’t underway, the boat is regularly used as a floating apartment, and I also use it as an office.”

Aviner made the move to powerboating almost ten years ago and has owned three yachts in that time; the two most-recent boats have been MCY’s. “The initial idea was to use the boat to get away from work, but I quickly discovered that I absolutely love working there; it’s my happy place,” Aviner says.

His desire to work from the boat became a primary consideration during the build of his current 76 Skylounge, the first ever of its kind from the well-known Italian manufacturer. “There were compromises on my first two boats,” Aviner says. “I was either in the cabin with a laptop on my lap or in the salon. I never had a real space for myself. We wanted more interior space in the salon, and not having a helm station down there on the new 76 really opens things up. MCY also doubled the space on the flybridge in the new 76. Enclosing that space made for a very large second salon that doubles as a nice, quiet office for me, so I can work even more comfortably and effectively from the boat.”

Aviner, who frequently captains the boat himself, began looking for technologies that would increase situational awareness and safety before his 76 Skylounge – ordered with twin 1650-HP MAN Diesel engines – was even close to being completed. A full suite of the very latest Raymarine and FLIR electronics provided the solution, emboldened Aviner, and ultimately delivered the premier-level functionality and increased peace of mind the yachtsman was seeking. 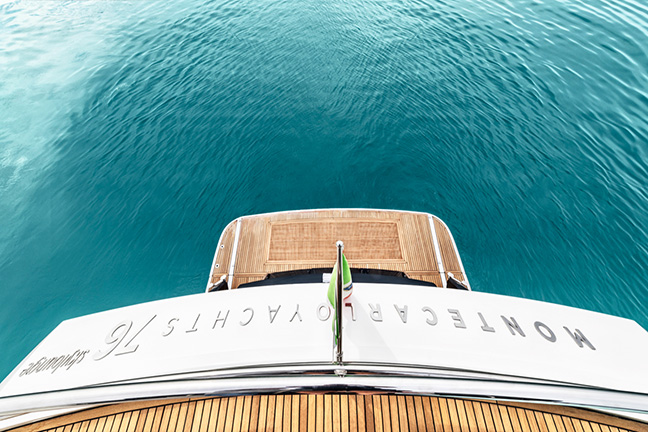 “Among other things, I was looking for a camera system that would provide some kind of an aerial view around the boat that would prove helpful in close-quarters maneuvering,” Aviner recounts. “I was introduced to a Raymarine representative who had information on the new DockSense™ Alert system. I was impressed and we decided to move forwards. I’m pleased with it and it is a very good system that’s reliable and works well.”

A recent survey commissioned by Raymarine revealed that over 70% of seasoned captains reported experiencing some degree of stress while docking. DockSense Alert gives captains like Raf Aviner the confidence to maneuver the vessel when visibility is limited, helping avoid embarrassing or, even worse, expensive mishaps. 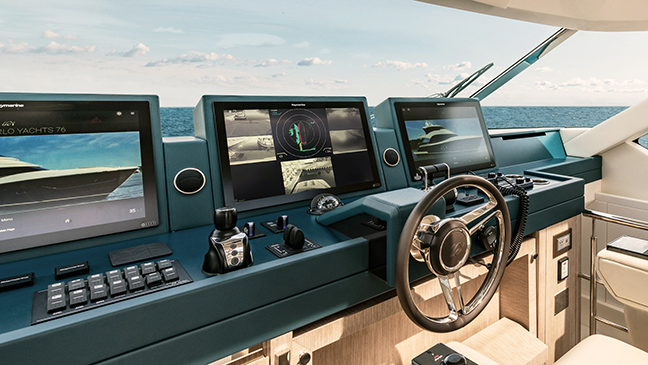 DockSense Alert integrates with the boat’s Raymarine Axiom® multifunction displays to present a real-time birds-eye view of the vessel and its immediate surroundings. Raymarine’s 3D stereo vision cameras deliver live video to the helm – or any other control station fitted with an Axiom display – and employ advanced motion sensors to measure the distance between the boat and external objects accurately. The system also delivers audible and visual alerts, intelligently informing Aviner or his captain of any objects otherwise out of sight from the helm.

“Coming from another brand of electronics, I had some trepidation moving to Raymarine, but my friends at MCY were adamant,” states Aviner, a self-described tech freak. “I must say I’m very pleased with the technology. We find the Raymarine ClearCruise™ AR (Augmented Reality) system very useful for navigation, as well as the FLIR M364C, which uses both thermal and visible-light HD cameras for clear images while underway in any lighting conditions. Both of these systems – as well as DockSense Alert – integrate seamlessly with all other Raymarine equipment and other systems on board and are true game-changers,” Aviner continues. “I wanted all the best and latest systems on this boat, and Raymarine has really delivered.”

At the time of our interview, Aviner’s boat was still in the Gulf of Mexico on Florida’s West Coast, but the businessman was anxiously awaiting its arrival in Connecticut. “We’re bringing it up soon,” he says. “It’s become a big part of our family’s day-to-day life and we certainly miss her when we’re away. We’re fortunate to have a lot of beautiful water and exciting destinations to explore here in the Northeast and are very much looking forward to getting our summer cruising season underway.”

For more information on the many ways Raymarine products and technologies increase safety, awareness, and satisfaction for cruisers, anglers, sailors, and first responders, visit raymarine.com.