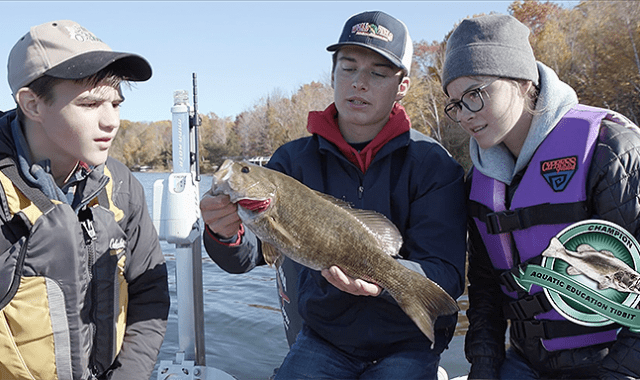 Something very strange is happening across the country involving teens and fishing. Though some speculate it may be a result of COVID-19, or perhaps distance learning about angling education, or possibly even Saturday morning television shows about teens catching fish, one thing is clear… today’s teens are suddenly going fishing in record-breaking numbers.

For instance, in one week, the Minnesota DNR sold a record 13,369 fishing licenses in to resident teens 16 and 17 years old. Compared to sluggish historic growth, that’s 99% higher than a year ago for the same period. And it appears that these teens may well be driving up angling numbers across the board. In fact, Minnesota fishing license sales overall shot up 44 % to 362,000. That’s 110,000 more fishing licenses sold this spring than over the same period in 2019.

Perhaps Minnesota is simply an odd blip and angling statistics radar? It doesn’t appear so. The trend is spreading nationally. In Vermont, fishing license sales have soared 62%. In nearby Wisconsin, sales are up 29%. In South Carolina, sales of resident freshwater licenses have risen by 20%. And in Kansas, license sales are up about 15%. Tennessee so far has sold 697,418 hunting-fishing licenses this year…an increase of more than 100,000 from 2019. In some places the reopening of fishing from COVID-19 restrictions impacted sales. For instance, after Gov. Jay Inslee announced a partial reopening of activities including fishing on April 27, the Washington Department of Fish and Wildlife reported $300,000 of fishing license sales in a single day.

“It’s likely a combination of things that have never occurred before at the same time”, says Pat Neu, President of the Future Angler Foundation (FAF). “A lot of local, regional and national programs have been targeted at getting kids fishing in recent years. Maybe the influences of COVID-19 created a tipping point that finally caused teens to grab fishing gear and hit the water this spring. What’s even more amazing is the increases we are seeing are not even counting kids younger than 16 who don’t need a license in most states. New distance learning and television shows are likely part of the mix too. Here in Wisconsin, Getting Families Fishing television shows blanket the state on a dozen stations, and nationally the distribution network for the series can reach into over 150 million homes across the country, including numerous PBS stations. Add to the mix the growth of distance learning during this pandemic and it’s not surprising that we are experiencing a number of things that have never occurred before at the same time… some bad like COVID, some good like all these teens discovering fishing.”

The FAF’s digital production partner “Into the Outdoors” Education Network is seeing tremendous growth in their viewership metrics for the “Getting Families Fishing” (GFF) Series they produced in conjunction with the FAF over the past two years.  Dan Bertalan, Director for the GFF Series said, “We produce all kinds of educational and science content but it was the interest in our kids fishing shows blended with aquatic education that helped us get into the national network of PBS affiliates. In that past few months, we’ve more than doubled our national viewing audience where each show is viewed by over 500,000 on broadcast television. And that’s not even counting the 150 million we can also reach with our 12 national digital channels. We owe a lot to the FAF and Pat Neu for working so closely with us to create the perfect storm that has generated viewers for the series and ultimately new anglers.”

The entire series of “Getting Families Fishing” videos and corresponding educational curriculum can be found on the “Into the Outdoors” Education Network website at www. https://intotheoutdoors.org/aquatic-angling-science-1/.

The Future Angler Foundation (FAF) is an incorporated 501(c)(3) non-profit foundation formed in April of 2012. The FAF’s mission is to “Create New Anglers” through its support of angler education events hosted by passionate, knowledgeable volunteers throughout the U.S. and through its “Getting Families Fishing” initiative, a series of free source digital educational programs developed to engage young anglers as they educate them about angling in an exciting, informative, and effective manner.  More information about the FAF can be found on line at www.futureangler.org .