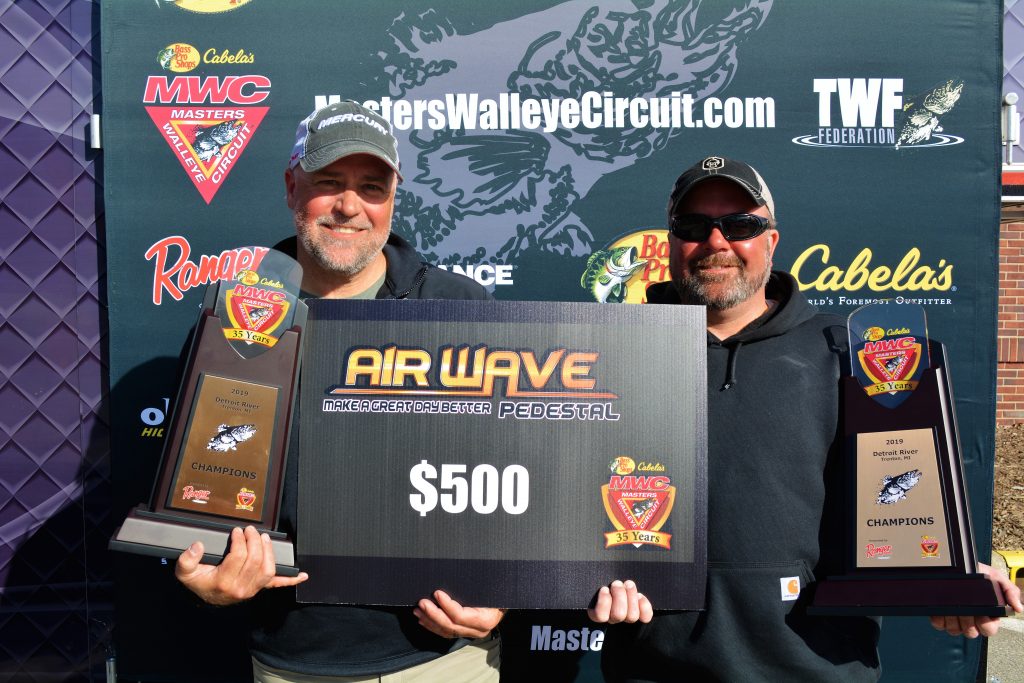 Trenton, MI—April 14, 2019 — With wind and water conditions less than ideal, Jim Schiefelbein, Marseilles, IL and Chad Knottek, Ottawa, IL weighed 22-08 after day-one and got just what they needed, 15-11, on day-two, for the win with 38lbs 3ozs. Presented by Ranger Boats, this year’s Detroit River event pitted anglers against one another in a River Only format, a first for the Bass Pro Shops/Cabela’s  MWC.

75 of the “Toughest walleye teams on planet earth” took off from Elizabeth park both Friday and Saturday mornings to face a fast moving and dirty Detroit River. Making matters worse was the 30-40 mph South winds taking aim at anglers and their boat control capabilities.

Detroit River champion, Chad Knottek said “We loaded the truck with anything we could bring, there is no room left in the back of Jim’s truck. But, we are primarily jig fishermen and that’s what we stuck with.” Jim was still in shock after all the awards were done and most anglers had gone. “I still can’t believe it,” Jim mentioned. “We have been close before, but we did not think we had the weight needed to win today when we pulled up to the dock.”

“We caught a lot of big fish earlier in the week, which made us nervous.” Jim continued. “We knew that the variable in all of this would be the dirty water, but that sun came out today and we felt it could end up going either way, really good or a grind, there is so many big fish here.”

Schiefelbein and Knottek leave, with $15,850 in cash and prizes, including the $10,500 first-place cash payout, $3,850 cash from the option pot, $500 AirWave certificate and a $1,000 Cabela’s National Team Championship Prize Package including paid entry into the Cabela’s NTC, travel stipend, team jerseys and plaques.

All together the BPS/Cabela’s MWC awarded $60,179 in cash and prizes at the Detroit River 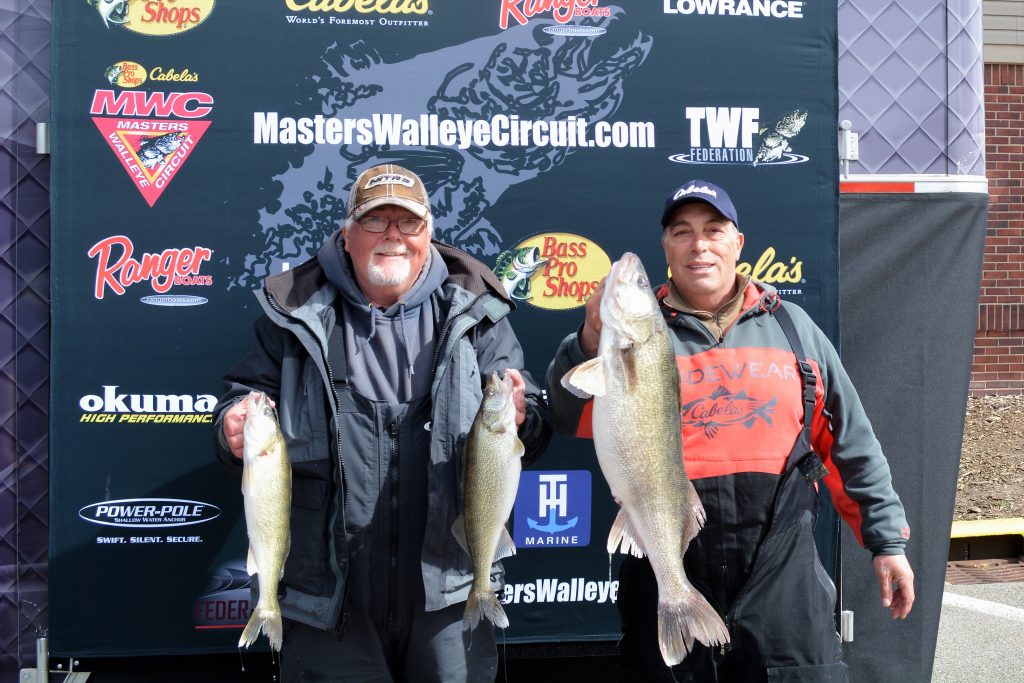