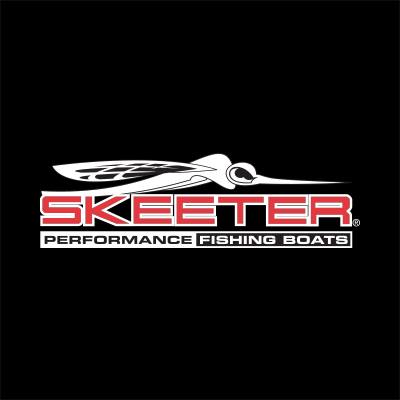 “We’re thrilled to have these great anglers join the Skeeter team,” said JoAnne O’Byrant, Marketing Manager, Skeeter Boats. “Skeeter is the boat of choice for many pros, and we wish them all a successful 2021 season.”

Florida-based pro Scott Martin joins team Yamaha as a B.A.S.S.® Elite angler, and 2021 marks Scott’s first year on the B.A.S.S. Elite tour. He started fishing professionally in 1999 with the FLW Tour® and holds a record of eight FLW Tour® victories, including a 2011 Forrest Wood Cup® Champion title, as well as 41 Top 10 finishes and Angler of the Year. Scott spent 2020 fishing all eight Basspro.comBassmaster® Opens to qualify for the 2021 Elite season, placing 5th in his first Open event. The son of B.A.S.S. legend Roland Martin, Scott is also the host of the nationally televised “Scott Martin Challenge,” that provides viewers with a new and exciting fishing “challenge” each week, to become one of the highest-rated outdoor programs on air today. Scott has also positioned himself as one of the most-watched anglers on YouTube, with close to 600K engaged subscribers. Scott will power his new Skeeter FXR21 Select with a new Yamaha V MAX SHO® 250 during the B.A.S.S. Elite tournaments.

“When it comes to performance during a bass fishing tournament, you can’t beat Skeeter,” said Martin. “I believe there are many great opportunities ahead for me this year as I work toward securing a place in the Classic, and I look forward to working with Skeeter and Yamaha to make this the best season ever.”

California native and 23-year veteran pro Ish Monroe joins team Skeeter for the 2021 Major League Fishing® Bass Pro Tour. With close to $2.5 million in career earnings, Ish has 52 top 10 finishes under his belt and is a 10-time Bassmaster Classic® Qualifier.

Takumi Ito and Bill Weilder will represent team Skeeter during the 2021 B.A.S.S. Elite season. In addition, several of the pro anglers joining the Skeeter team for 2021 represent the brand through authorized Skeeter dealerships during the 2021 B.A.S.S. Elite and B.A.S.S. Opens Series. They include Quiten Cappo (Cajun Outboards), Todd Castledine (Diamond Sports), Shane LeHew (Foothills Marine), Wes Logan (Bucks Island), Pat Schlapper (The Boat Center) and Blake Sylvester (Cajun Outboards). Blake Smith will compete out of his Skeeter during the 2021 FLW® tournament series as well as the B.A.S.S. Opens.