“With so many local, regional and national issues impacting the health and accessibility of our nation’s freshwater fisheries, it’s critically important that ASA stay on top of these many challenges and opportunities,” said Mike Leonard, ASA’s vice president of Government Affairs. “With his political and policy experience, Connor is a strong asset to our Government Affairs program and will help us expand our involvement in, and impact on, inland fisheries issues.” 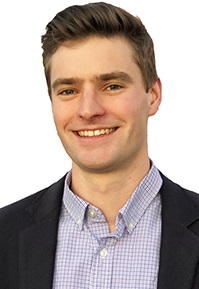 “Connor has the passion and the enthusiasm necessary to be successful in this important role and I welcome him to ASA and to our Government Affairs team,” said ASA President Glenn Hughes.

Bevan is a California native and a graduate of Davidson College in North Carolina with a major in Political Science. Bevan started his career as an intern with the Congressional Sportsmen’s Foundation in Washington, D.C.

“I’m excited to join ASA’s Government Affairs team and look forward to championing inland recreational fishing issues at the federal and state levels,” said Bevan. “As a lifelong angler, I understand the importance of maintaining and ensuring access to our nation’s waterways, as well as the urgent conservation needs of fisheries across the country.”

He most recently worked as a Research Fellow for the National Hydropower Association, focusing on non-powered dam development to limit the impact of hydropower on fisheries. He previously worked on a Senate campaign and held a communications and fundraising fellowship with Salzburg Global Seminar, an international leadership development organization.

Bevan is based in ASA’s headquarters in Alexandria, Va.