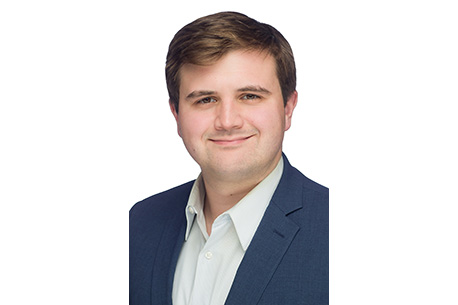 The American Sportfishing Association (ASA) is pleased to announce that John Chambers has joined ASA’s Communications team as Public Affairs Manager. Chambers brings extensive experience in public affairs, policy and communications from his time on Capitol Hill as well as an understanding of conservation and fisheries issue. He is based in ASA’s headquarters in Alexandria, Va.

The role of the Public Affairs Manager directly supports the association’s strategic priorities including building the sportfishing community, strengthening our communications efforts and increasing engagement. This new position is pivotal for expanding our advocacy efforts with policy leaders and members of Congress, providing them with a more comprehensive understanding of key fisheries issues.

According to Mary Beth Long, vice president of Communications, “John is an excellent choice to help us enhance and amplify the association’s important government affairs work. He has the background, ideas and enthusiasm that will help ASA garner critical support among policy makers, media and influencers.”

Additionally, he spent over three years as a member of the research team at D.C.-based PLUS Communications developing and implementing public affairs projects for clients ranging from advocacy groups to Fortune 100 members. While at PLUS, he also did research projects for political candidates and campaigns.

“I am delighted to be a part of the American Sportfishing Association,” said Chambers. “Growing up in New Hampshire, sportfishing is an important part of my life and my community. I am excited to advocate for an industry and outdoor activity that impacts the more than 55 million people who go fishing each year.” He added that he is eager to support the new communications initiatives that ASA has planned for 2022 and beyond.

Chambers is a graduate of George Washington University and lives in Washington, D.C. with his wife and dog, Chewbacca.