Strike King and Lew’s Are Pleased to Congratulate Jay Przekurat, the 2022 Falcon Rods Bassmaster Rookie of the Year 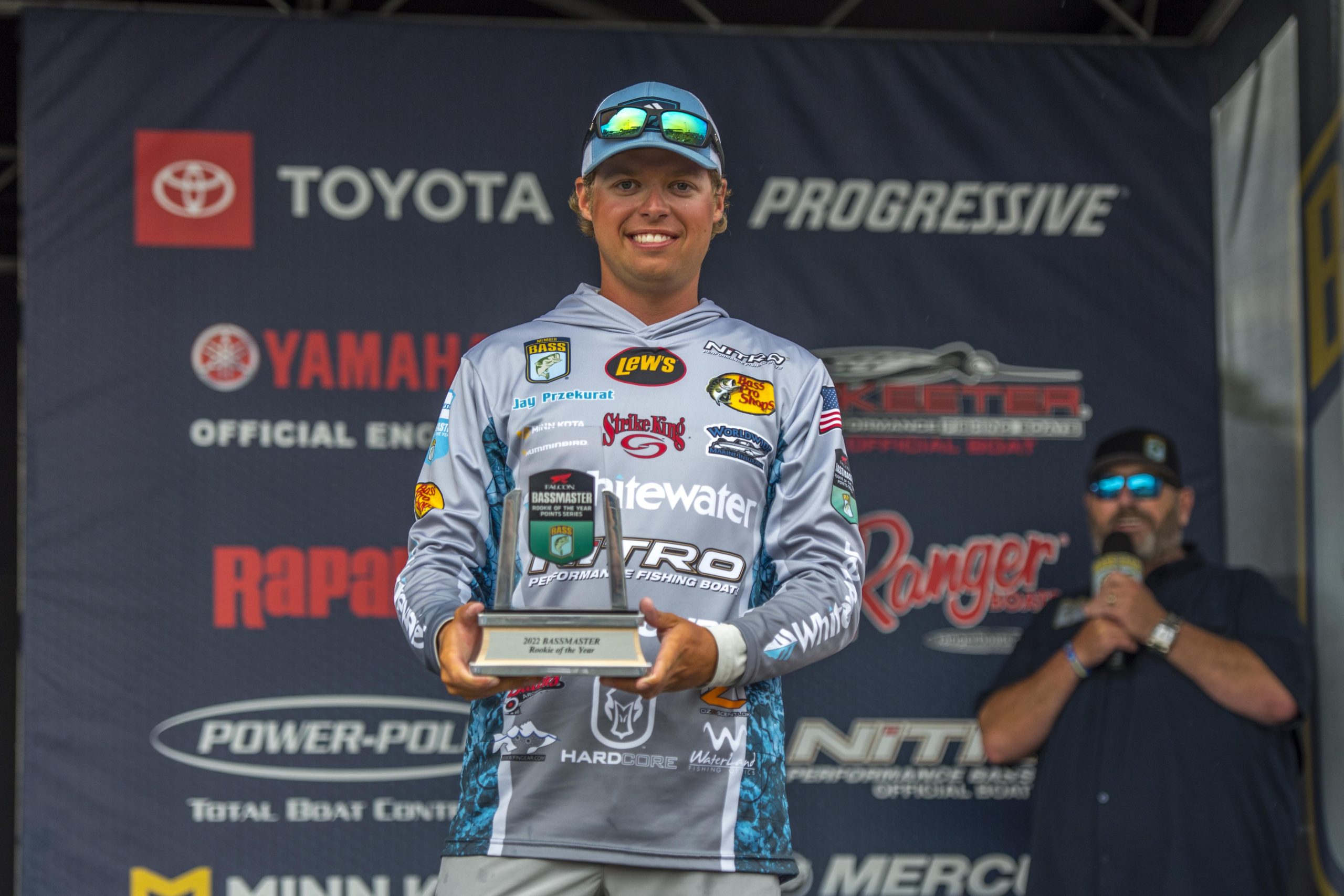 Yesterday, Jay Przekurat stood before his family, fellow anglers and a stadium full of fans at the weigh-in of the Guaranteed Rate Bassmaster Elite Series on the Mississippi River. By qualifying at the close of Day Two, the 23-year-old Elite Champion smashed through yet another record and walked off the stage with a new trophy and his customary grin.

His team back at Strike King and Lew’s are getting accustomed to seeing him with both.

It has been quite a year for Przekurat. Just 22 at the start of the season, he became the youngest ever Elite Series Champion at Event Seven at the St Lawrence River and, equally as impressive, weighed in the biggest four-day bag ever of all smallmouth in an Elite Series tournament with just over 102 pounds. This weekend, he adds new hardware to his collection with theRookie of the Year title. Jay is walking in his father Jason Przekurat footsteps as a champion angler, but definitely not in his shadow as he is blazing his own trail.

Strike King and Lew’s CEO Ken Eubanksoffered that the team is humbled to be home to some of the most legendary names in the sport.“Our Pro Staff consists of competitors that nearly every angler in the country knows and respects. But we are equally honored to be home for a new generation –legends in the making. We are proud of Jay Przekurat and expect to see a lot more of his trophies and his grin in years to come”.