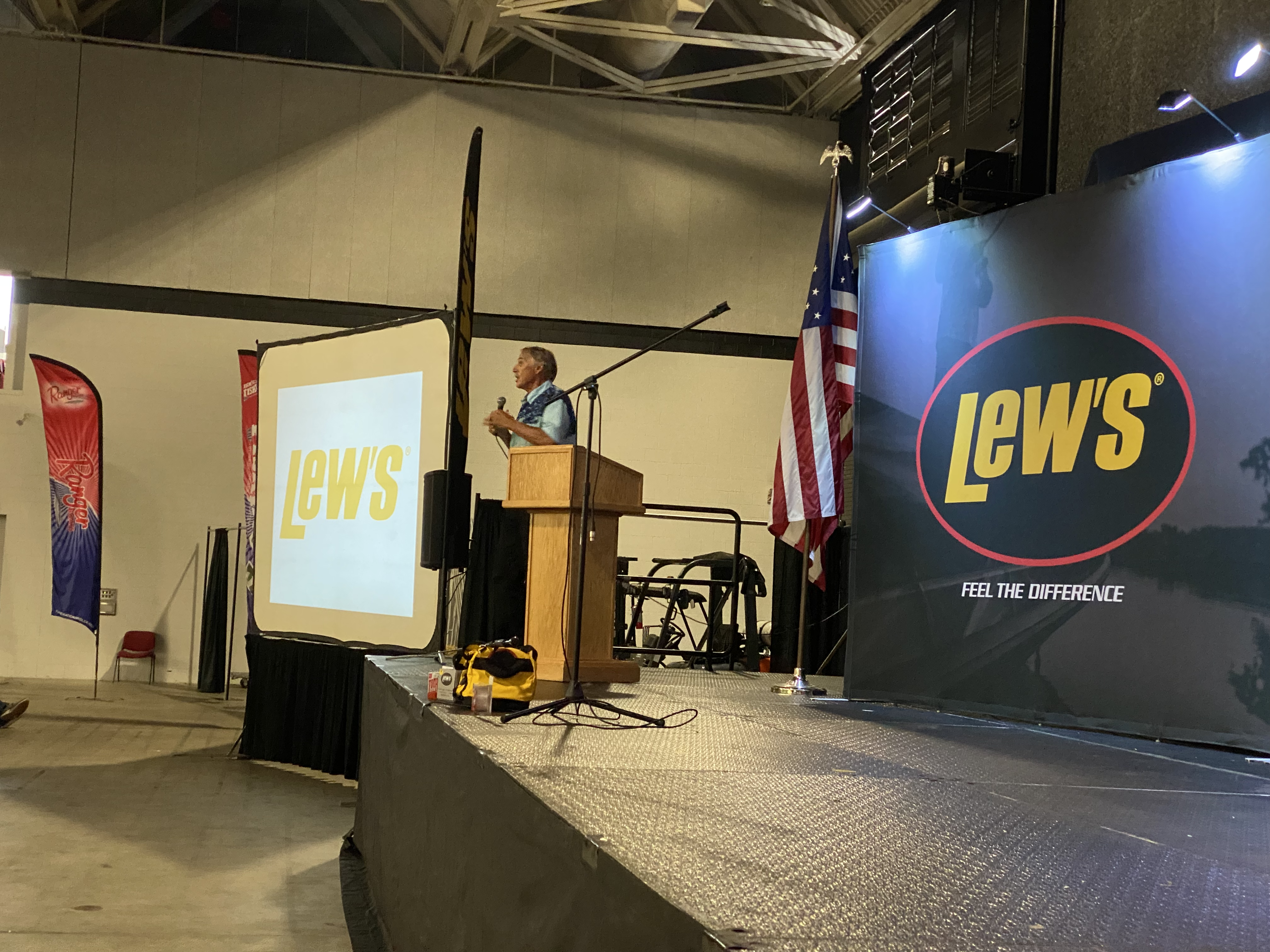 Avid anglers and fans of competitive fishing are in for a treat at the 2022 Bassmaster Classic as Strike King and Lew’s bring some of the sport’s most knowledgeable pro anglers to the stage for an evening of entertainment and education. The 2022 Classic Pro Night will be in Anderson, SC at the Anderson Civic Center starting at 6pm Tuesday, March 1st.

Fans will welcome one of the most recognizable and successful names in the sport, the Bass Fishing Hall of Famer and Lew’s Pro Hank Parker. The retired pro angler and host of TV Show Hank Parker’s Outdoor Magazine holds the distinction of being the first competitor to win the Grand Slam of Bass Fishing, which includes a B.A.S.S. qualifying event, the Classic, the B.A.S.S. Angler of the Year title, and the Super B.A.S.S. Tournament. Parker has finished “in the money” in an amazing 76% of the tournaments of his B.A.S.S. career. Aside from his illustrious competitive career, Parker is renowned for being one of the most familiar and effective educators in fishing.

Strike King and Lew’s pro Mark Zona will bring to the podium a wealth of knowledge that he has built in fifteen years of commentating B.A.S.S. events. Zona will take questions on his favorite gear and techniques in the entertaining manner fans have come to expect from the legendary fishing sensation and host of TV Show Zona’s Awesome Fishing Show.

Bassmaster Classic Champion and Lew’s Pro David Fritts also takes the stage to discuss his approach to high-pressure tournaments and the gear that propelled him to the 1993 Classic victory on Logan Martin Lake.  The North Carolina pro is renowned for his versatility on the water and his ability to communicate key styles to fishing fans.

Finally, Strike King and Lew’s welcome a newcomer to the field of Bassmaster Elite Series Champions, Indiana pro Bill Lowen. The sixteen-year veteran of competitive angling, who has spent a decade on the pro circuit and built an impressive seven top-five B.A.S.S. finishes, will share with anglers the technique that put him in the winner’s circle during the 2021 season.

BassmasterClassicLew'sStike King
« NEVER GIVE UP! The Mike ‘Ike’ Iaconelli Story
Drop ’Em Down Jig ‘Em up With VMC »