The Coolest Teacher on Earth? 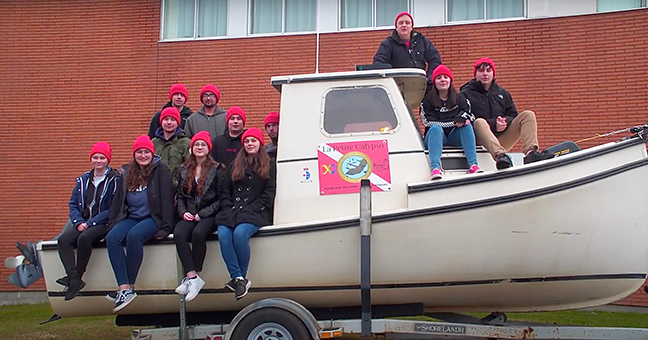 Jean-Marc Perreault is not your average middle and high school science and technology teacher. For the past 27 years, the Canadian educator has consistently demonstrated that he will go to any length to make his courses more interesting and interactive for his students – including building a space shuttle cockpit simulator in the classroom and teaching students about sonar waves by using the latest technologies to hunt for shipwrecks beneath the waters of the St. Lawrence Seaway.

Perreault has been passionate about science since he was a child. “I was fascinated by the adventures of the Cousteau team and all of the early science shows available on TV,” he says. “I also read a lot of books about astronomy and all of that really influenced my adulthood.”

These early influences inspired Perreault to build his very own observatory that can generate live images of the sun in the classroom. It also allows his students to take their own photos of space. ”For years I have been using my own observatory so that students can take their own pictures of planets – even other galaxies – remotely,” Perreault says. “In the spring, my students will build their own rockets  that we will launch in a safe place.”

The father of three children including an autistic son, Perreault has a special affinity for students with special needs and looks to deliver immersive experiences both in and out of the classroom. “I like to involve these students in ways that are as special as they are,” Perreault says. “Young people on the autism spectrum often have a keen interest in science or other unusual subjects, but tend to remain quiet and participate little in normal school activities. “I like to bring to life experiences that surprise as much as possible, often outside of school hours,” says Perreault, who also tries to involve his students’ families in his scientific activities whenever possible, including regular astronomy evenings in his city’s parks. “In and out of the classroom, I have developed a lot of scientific and technological experiments and activities that you just don’t see in other schools,” he says.

Perreault and his creative teaching style have been recognized with numerous awards, including the Prime Minister of Canada Award, Honeywell Scholarship, Amgen Scholarship, Quebec National Assembly Medal, and Dollard-Morin Recreation and Sport Volunteer Award from the Quebec Ministry of Education.

In addition to teaching, Perreault is assistant scuba diving instructor and volunteer patroller for the Canadian Coast Guard. His passion for all things aquatic has led him to develop several unique learning opportunities for his students, the most recent of which involves the use of high-frequency sonar to locate and document previously undiscovered shipwrecks in the St. Lawrence Seaway. 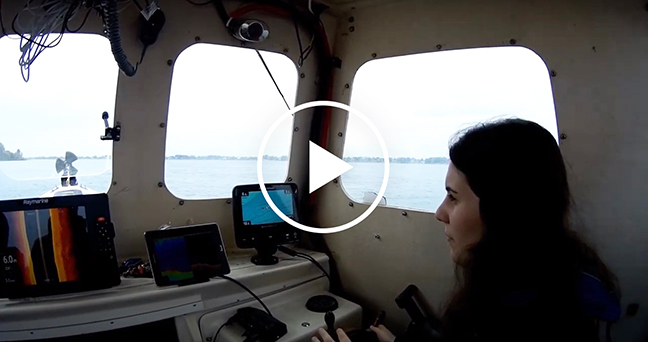 “I wanted to develop a practical activity my students could engage in while learning about the theoretical elements of sound waves… frequency, vectors, etc.,” says Perreault, whose creativity and connections led to the acquisition of the sonar tools, equipment and safety gear needed to outfit a small boat suitable for shipwreck hunting. Eager to help, Raymarine donated the sonar equipment, which included an Element HVcombined sonar and gps multifunction display that delivers accurate location, mapping, and high-resolution imaging from its 1.2mHz SideVision and DownVision sonar. 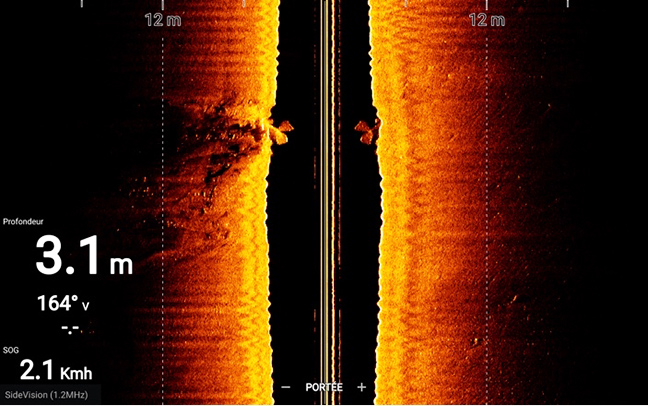 “With COVID-19, I was afraid the program would have few participants in 2020,” he says. “But while respecting the rules, 11 of my 16-year-old physics students wanted to participate in this research. The aim of the program has been to demonstrate how sonar waves allow us to see what is hidden beneath the surface of the water and how the frequency of sonar influences the level of detail of the images,” explains Perreault. 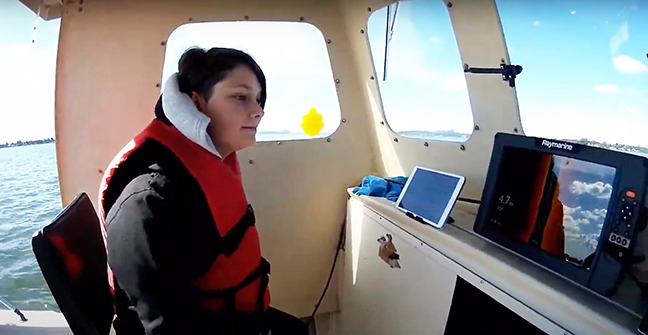 As is often the case with Perreault’s creative teaching programs, the scientific knowledge and experience his students gained from the sonar field study quickly surpassed original goals and expectations, extending into the fields of history and archaeology.

“Using the Raymarine HyperVision sonar in just one season, we discovered ten shipwrecks not documented on any marine map, including five large shipwrecks 50m to 60m in length,” Perreault reports. “Two of them were the remains of steamboats that certainly have stories to tell. These discoveries have been of great interest to archaeology professionals,” he adds. “Without us, these mysterious wrecks could have remained unknown for many more years, and continued deterioration might have led to the destruction of clues that help to answer questions about these vessels’ histories.” 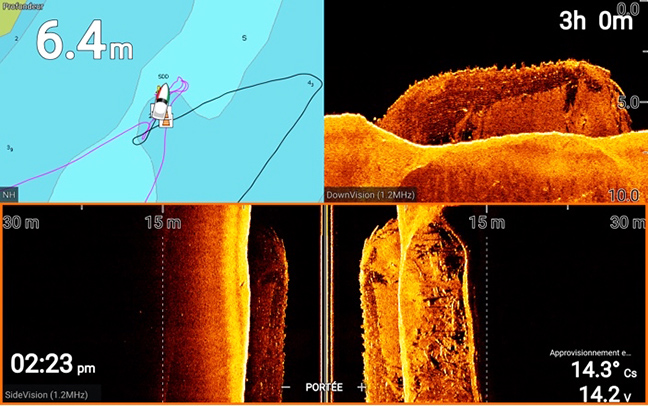 While winter conditions have shut down exploration for the season, Perreault says he and his students will be back on the water making new discoveries as soon as the ice clears and the weather allows. He’s hoping to find access to and commission even more equipment to help with their search.

“Although sonar technology provides fantastic visibility of underwater structures, it does not distinguish whether hulls are made of metal or wood,” says Perreault. “Last year, we used an old fishing camera that I have owned for at least 15 years for this purpose, but the resolution and lighting are not excellent. A more modern underwater surveillance system with a wire of at least 30m would allow us to better verify the age of the wrecks by the materials that are visible. We are also limited by the short arm and fixed base of our small, manual downrigger, which does not rotate.”

Perreault also found that very few of his students had windproof and waterproof coats. “Donations of suitable outerwear and self-inflating jackets would be extremely helpful and appreciated,” says Perreault, who is also investigating options for a communications system that would allow students topside to remain in contact with their divers. “What would be absolutely incredible would be a communication system between a diver and the surface so that the kids can follow the diver in his or her exploration of the wrecks they discovered,” he says. “Not only would it improve safety, but it would also let the kids in on the fun and excitement of what’s happening down below.”

Perreault says he’s always very happy to receive previously used demonstrative products or helpful items that may have cosmetic defects. “In our view, this is a more sustainable and less costly approach for the companies and organizations that support us,” he says. ”We hope one day a company will help us to re-power our boat, because our engine is almost 20 years old and lacks  the ability to get us to and from our search areas quickly and efficiently,” Perreault adds.

Every day, throngs of students enter Jean-Marc Perreault’s classroom, beaming with enthusiasm and interest. One of Perreault’s colleagues explains the enthusiasm this way: “Mr. Perreault is clearly passionate about teaching, space, and aquatics, and his passion is contagious. His students pick up on this immediately and learn – observing with their own eyes – that with hard work, diligence, perseverance, initiative and passion, it is possible to realize things that many believe to be unlikely or even impossible.”