The First ‘Micro Manager’ You’ll Be Glad to Work With 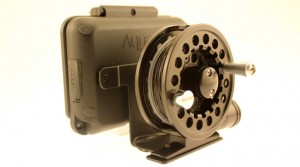 “We gave folks a sneak peek of this new camera accessory at the 2015 ICAST show, and it’s generated a tremendous amount of excitement ever since,” says Aqua-Vu president, Ben Gibbs.

“For years, anglers who do a lot of underwater viewing have been inconvenienced at times by the extra camera cable lying on the boat floor or on the ice,” Gibbs notes. “All our underwater cameras include built-in cable holders, but they require the angler to manually wrap the cable by hand, which can consume valuable fishing time. The new AV Micro Manager reel now lets folks easily pay out extra cable and instantly retrieve it; you never have to deal with loose cable again. That’s a huge benefit—whether you’re a weekend angler or a tournament pro.”

Compatible with all existing Micro Plus and Micro Plus DVR Underwater Viewing Systems, the Micro Manager retrofits and replaces the manual cable wrap that comes with both these popular fishing cameras. Installation takes less than a minute, requiring the removal of two small screws in the back of the Micro LCD monitor. Plug in the new camera and start viewing fish. 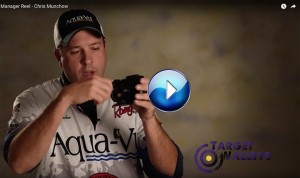 Built with an all-aluminum frame, machined spool and easy-grip handle, the Micro Manager operates smoothly, even in sub-zero temperatures, thanks to a ball-bearing mechanism and special cold weather lubrication. The reel comes pre-spooled with 50-feet of high-strength Aqua-Vu Micro cable that is connected to the reel with specialized video electronics.

Available as a web-exclusive, the Micro Manager Underwater Camera/Cable Retrieval System retails for $149.99 at www.aquavu.com. Further, from now through January 15, 2016, purchase of any Aqua-Vu Micro Series underwater camera qualifies buyers to receive a rebate for a FREE Pro Viewing Case/Charger Accessory pack. (Qualifying products include Micro II, Micro 5c, Micro Plus, Micro Plus DVR and Micro 5.) 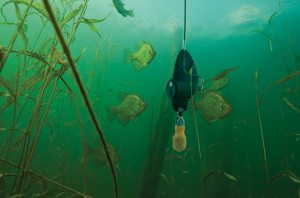 About Aqua-Vu
The Original Underwater Viewing System, Aqua-Vu is manufactured by Outdoors Insight, Inc., and has led the underwater camera category in design, innovation and quality since 1997. They were also the first with on-screen displays of water temp, depth and camera direction, LCD monitor, IR and LED light systems, DVRs and now Digital Zoom. The Central Minnesota based company builds other popular outdoors products as well, such as the iBall Trailer Hitch Camera (iballhitchcam.com) and Odor Check Moisture and Odor Control System (odorcheck.com). For more information on Aqua-Vu, visit www.aquavu.com.