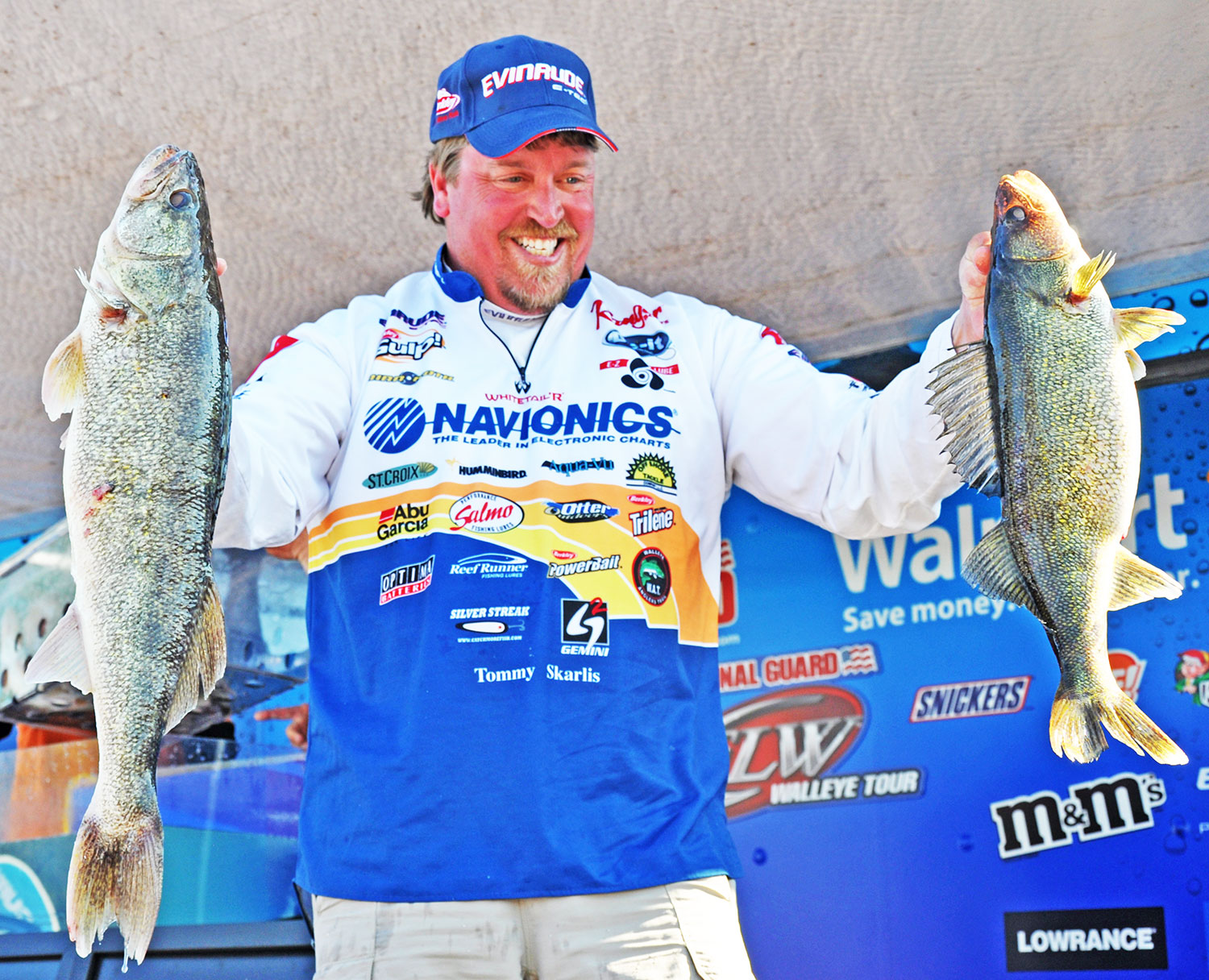 On the evening of September 16th, 2020, Tommy Skarlis age 55, of Waukon, Iowa, lost his battle with cancer at his home with family by his side. One month shy of their 21st wedding anniversary, he leaves behind his beloved wife Michelle and their two sons Nick (14) and Jake (16).

But losing was never Tommy’s way. 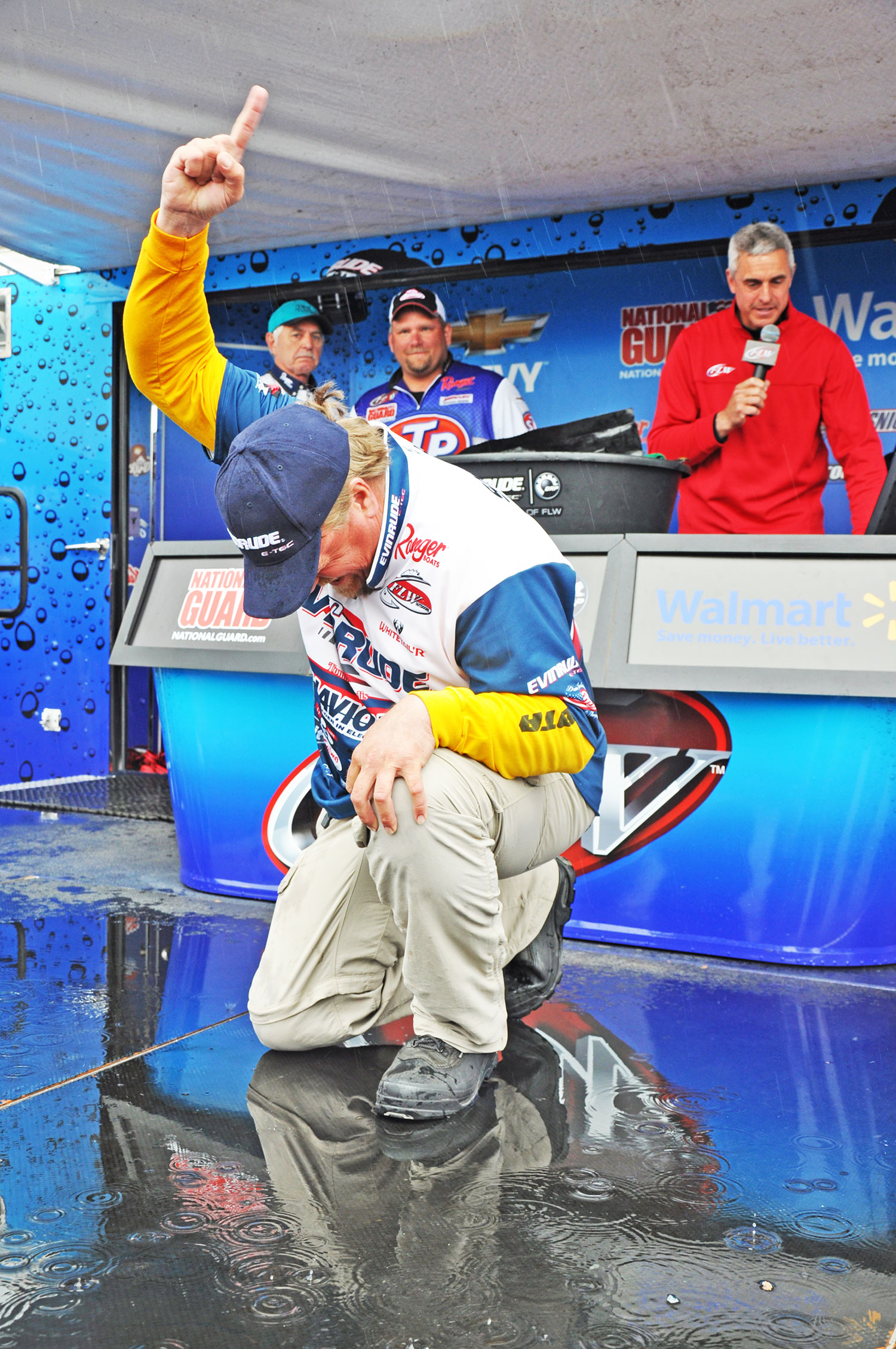 Some battles aren’t meant to be won, but that doesn’t mean they shouldn’t be fought. When diagnosed with an aggressive brain cancer in early 2019, Tommy committed to fighting until the bitter end–regardless of the likelihood of success. For Tommy, losing was never an option. He knew it was an uphill battle, but being a natural competitor, there wasn’t any quit in him.

During his battle, he focused intently on his family and his faith in Jesus Christ—and still being diligent at reaching out to friends knowing his time on earth was waning. While he openly and often admitted to being far from perfect, Tommy was not shy in sharing his faith. He loved his family and openly shared his faith in Jesus—there’s no doubt about it. He also loved his friends and the sport within which he built an impressive career.

“God’s done a lot of good work in me, but he’s got a lot of work left to do.” he’d often say with a chuckle.

Now that the struggle and suffering has passed, and Tommy is in a better place, I can assure you he’d much prefer we celebrate his life, and as difficult as it may be, not dwell on his death. He’d strongly insist on it.

Death comes to everyone at a time none of us know, even to a fishing titan like the “Great Skarlini.” 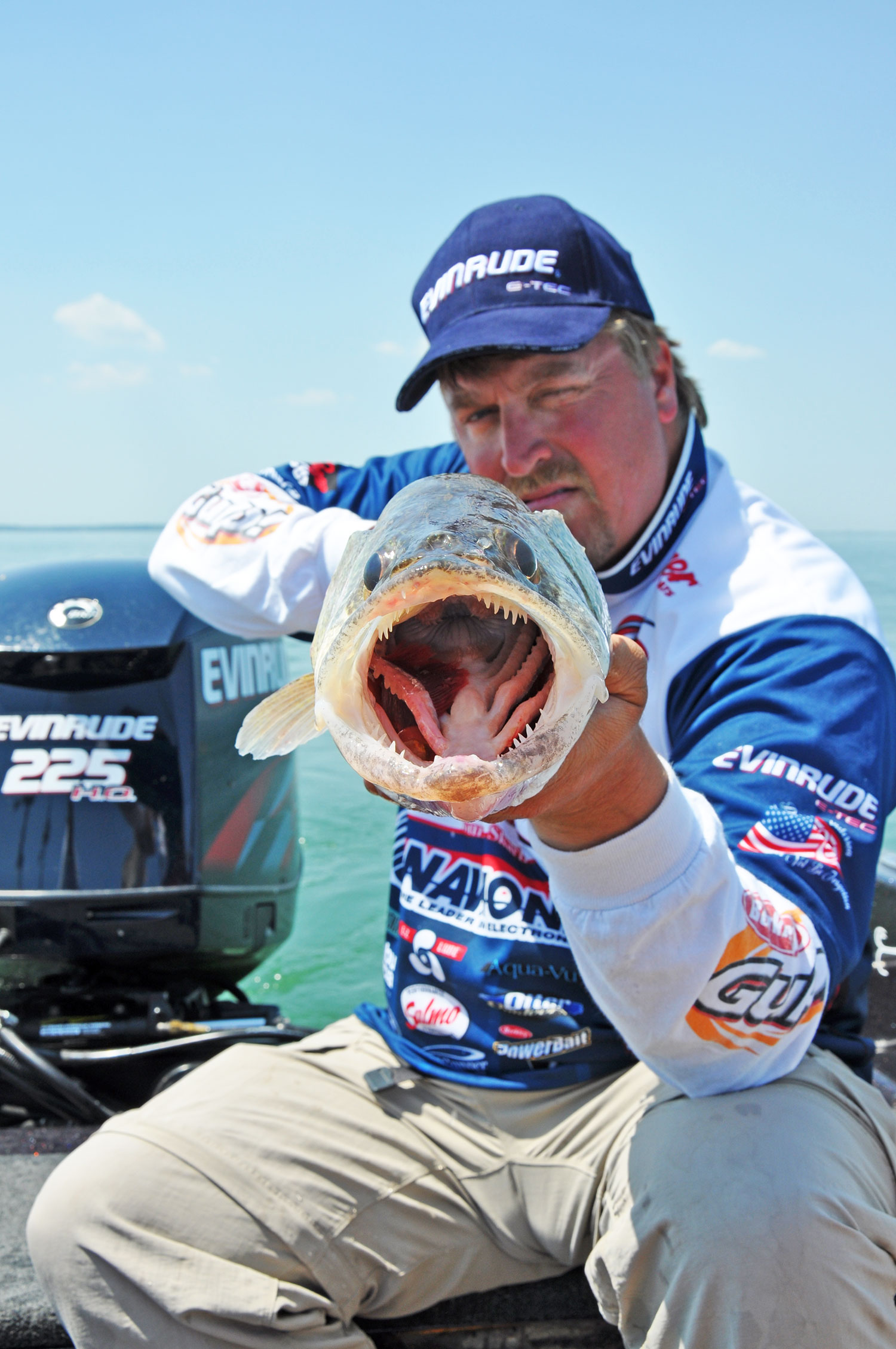 There is no doubt that Tommy lived life to the fullest. He loved his family, craved new outdoor experiences and knowledge, lived for fishing competitions like they were his lifeblood, sought time within the outdoor brotherhood, and he never ceased searching for perfection on walleye-rich waters. He shared a deeply rooted passion for teaching others to become better anglers and hunters. He knew that the purpose of being outdoors was to experience nature as God intended, but he also always had an expectation to be successful in his pursuits on the water or in the woods.

He genuinely wanted as many people to be as successful as possible in their enjoyment of the outdoors—and with life in general. That was one of his life’s missions.

The man loved and loved fiercely—his eyes bright with anticipation and sharp with determination every morning when he left the dock to go toe-to-toe with the sport’s very best professional walleye anglers. Without a doubt, Tommy Skarlis will be forever remembered as one of the very best walleye anglers to ever launch a boat. His accolades prove that fact.

The wide range of emotions you are experiencing are hard to comprehend. No words can be adequately stated or written to fully express the sorrow felt for your loss. He often spoke to me about you as his rock, the glue that kept your family together while he worked hard to build on his dream.

Please know that he was deeply loved and respected by many. He touched an incredible number of folks across the country and inspired countless people to become better anglers and humans. Thank you for sharing him with us, with the world—and to their demise, the walleyes.

Please know we are praying for you persistently.

To Jake and Nick:

There is simply no way to express how sorry I am for your loss. To lose a father is a pain I’ve yet to experience personally. But I do know that nothing will fill the new void in your lives. The pain may subside, but it will never fully disappear. You simply learn to cope—and cope you must.

As you struggle on your path forward, rest easy knowing your father was a great man–a legend. He was generous with an infectious laugh and personality that lit up every room he walked into. He was revered as a very accomplished outdoorsman and businessman. He was feared on the water and constantly thirsted to learn more about both walleyes and life. He was literally a walking encyclopedia of fishing knowledge the level of which few could possibly understand.

Take one day at a time—you will make it through this phase of life, and by your father’s desires you’ll be stronger for it. My prayer is that you will hold your heads high and bear his name with honor and pride. His legacy was very important to him, and during our times together he often spoke about both of you, always affirming how much he loved you and how much your future meant to him.

He was very proud of you, and he’ll always be with you.

Go Rest High, my friend. You were an incredible blessing to my family when we needed it most, and if not for you, I wouldn’t be where I’m at today. You inspired and educated me, kept me grounded and most of all encouraged me to continue on this outdoor career path when I was faced with seemingly insurmountable challenges. 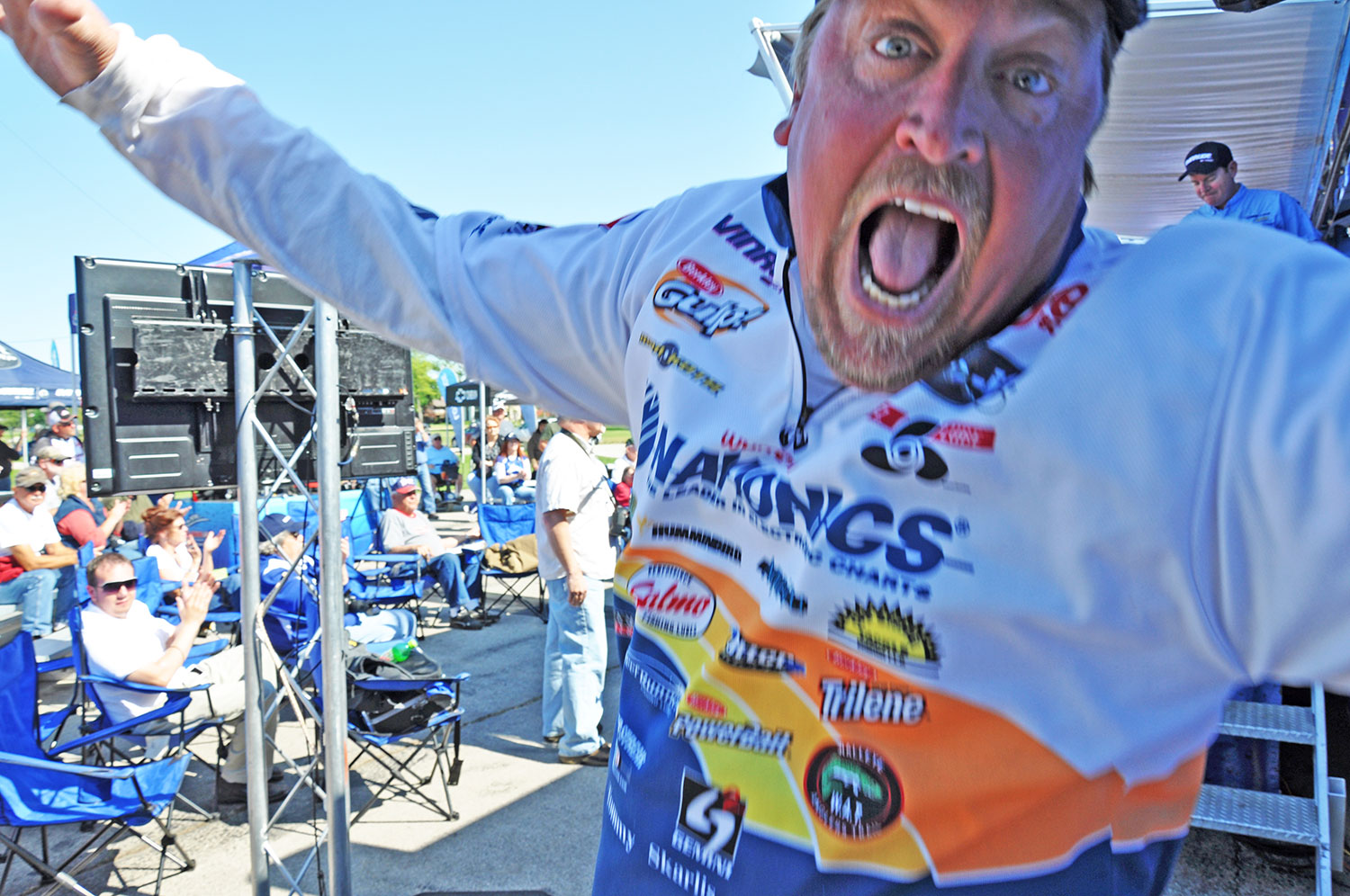 My story cannot be told without you or your contributions being shared. You taught me that imperfection is a simple reality to being human, and while as Christians we shouldn’t accept falling short of the Grace of God, we should recognize our inadequacies, work to better ourselves and accept His grace that is so freely given. You taught me about responsibility and follow-through on promises made, integrity, and the overall obligation I had to my family, friends, and career.

But this isn’t about me. It’s about your legacy. It’s about the passion that fueled you to push the sport that you loved so dearly to new levels, to endure hard times, and to always be faithful to yourself. You’ve inspired countless people to launch a boat, battle the elements, and to overcome all conditions to catch whatever species they desire. Many people are more successful anglers today because of seeds you planted, advice you offered, and the investments you made.  Of that, I’m sure.

So, on behalf of myself and an incredibly far-reaching brotherhood of fishing fanatics across North America, thank you for all you’ve done for the sport of fishing. You were a blessing to so many people, and you’ll be truly missed.

God Bless you, my brother. I love you and I’ll miss you.

If I were to guess, you were probably late getting the ramp this morning, barely getting your boat launched in time for takeoff on the great walleye lake in the sky. Some things won’t ever change. 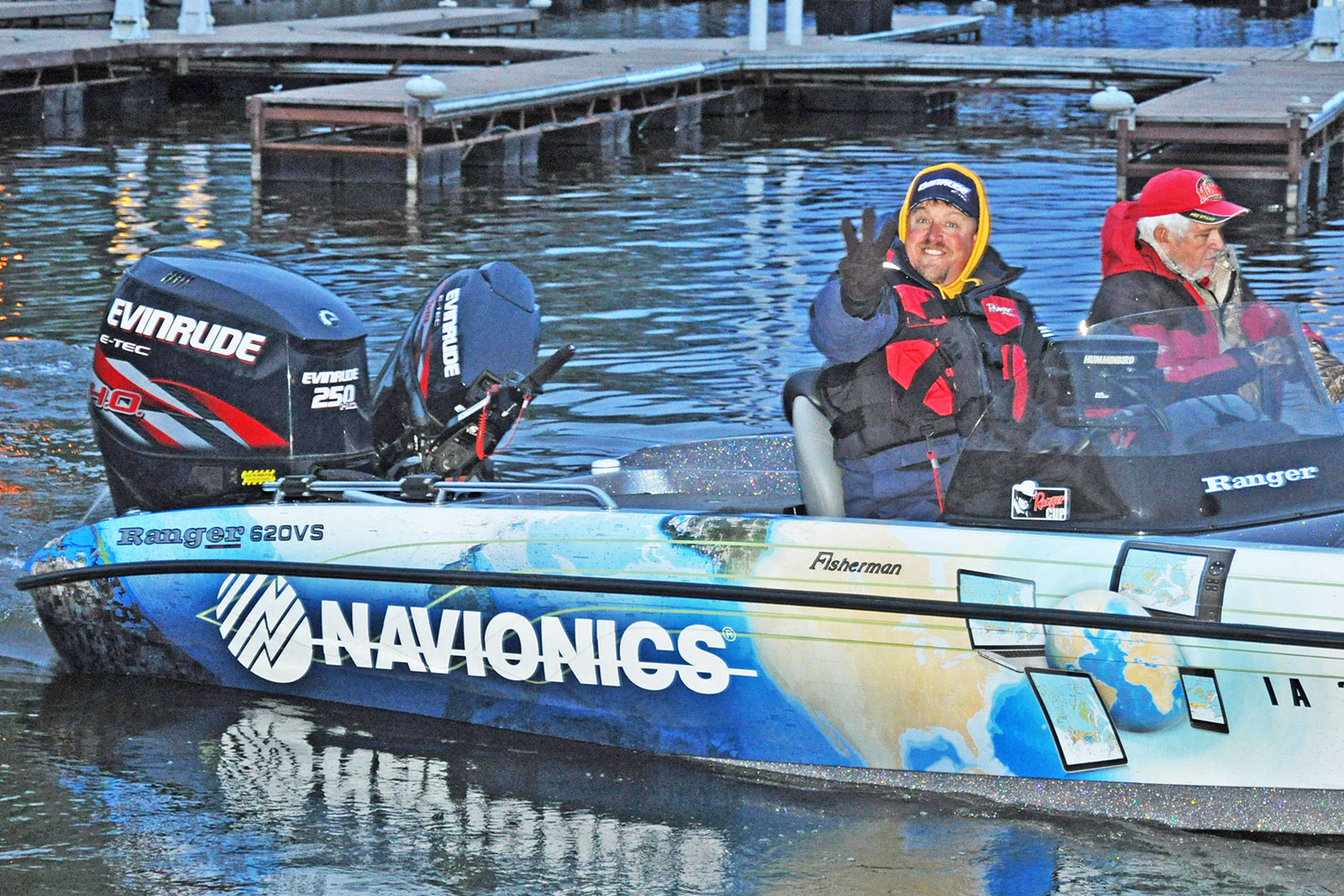