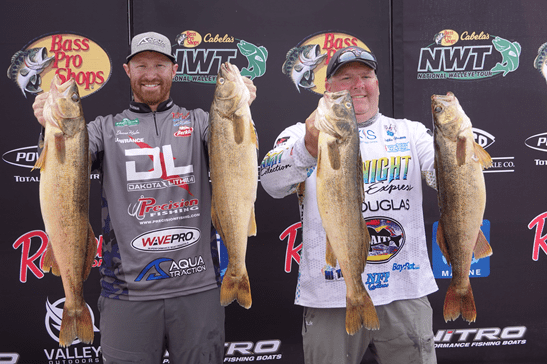 After four qualifying events that spanned the Midwest, the top 40 pros and top 40 co-anglers are set to compete in the 2022 National Walleye Tour Championship, presented by Bass Pro Shops and Cabela’s. The no-entry-fee tournament takes place Aug. 24-26 on legendary Lake Erie. Not only is it the sport’s most lucrative event, awarding three fully-rigged boat packages, but it also determines the Lucas Oil Angler of the Year, the most prestigious title in walleye fishing.

Professional walleye anglers are accustomed to trolling Erie’s world-class waters, but typically the events are held on Erie’s Western Basin. The city of Dunkirk, N.Y., located in scenic Chautauqua County, is hosting this year’s championship. The location is intriguing for several reasons. First, it’s common knowledge that Lake Erie walleyes spawn early in the springtime in the Western Basin along the shallow reefs. As the water warms throughout the year, those fish disperse and migrate east – some traveling past Dunkirk as far as Buffalo. Secondly, only a few of the 40 pros competing in this year’s championship have much experience probing the Eastern Basin. In short, Eastern Lake Erie is the perfect playground for the biggest event in walleye fishing.

“I’m really looking forward to having the championship in Dunkirk,” said Bass Pro Shops and Cabela’s pro Kevin McQuoid, who currently leads the AOY race, and whose son, Eric, won the 2021 NWT Championship on Minnesota’s Otter Tail Lake. “I’ve never fished (Erie) out of Dunkirk, and I know only a small number of guys have. Lake Erie has a record number of walleyes in the system, and with only a 40-boat field, it’s possible to not see another tournament boat all day; it’s that vast. Plus, the sheer number of 5-pounders in the system is going to make it an awesome event.”

“The City of Dunkirk is excited for the opportunity to host the 2022 National Walleye Tour Championship,” said Mayor Wilfred Rosas. “Lake Erie is one of the country’s top walleye destinations, and this will be a great event for our local fishing community. The area has great attractions that everyone can enjoy. We welcome the anglers and their guests to come experience a beautiful New York summer.”

“With a great deal of excitement and gratitude, the people of Dunkirk are proud to welcome the eighty anglers that are competing for the National Walleye Tour Championship in August,” said Vince DeJoy, Director of Planning and Development for the City of Dunkirk. “What an incredible opportunity we have to deliver a positive experience for the anglers and their families, and to the many people that will visit and discover Dunkirk and will make it a point to come back again.”

“Lake Erie is a unique walleye destination,” said Jim Steel, who along with his wife, Diane, serve as the Innovative Outdoors Walleye Challenge tournament directors. “Eastern Lake Erie is popular for its deep-water trolling. Anglers can also be successful in shallow water. We expect that the anglers will use a variety of techniques to land some heavy walleyes. It’s not uncommon to land a 10-pound walleye this time of year. We are looking forward to what these professional anglers bring to the scale.”

Anglers will take off each day at 7 a.m. Eastern time from Holiday Harbor at Chadwick Bay Marina, located at 30 Central Avenue in Dunkirk. The daily weigh-ins will take place at the Dunkirk Pier, which is located at 2 Central Avenue, beginning at 3 p.m. Eastern time. The full field fishes each of the first two days with the top 10 advancing to the third and final day. The winner in each division is determined by the heaviest cumulative weight.

The public is invited to attend the daily weigh-ins, and there will be a kids fishing clinic after the weigh-in on Thursday, Aug. 25th. Prior to the tournament, a community meet and greet is scheduled for Aug. 21 at 5 p.m. in the field between the Clarion and Tim Hortons where the anglers will have a chance to show off their vessels and answer questions.