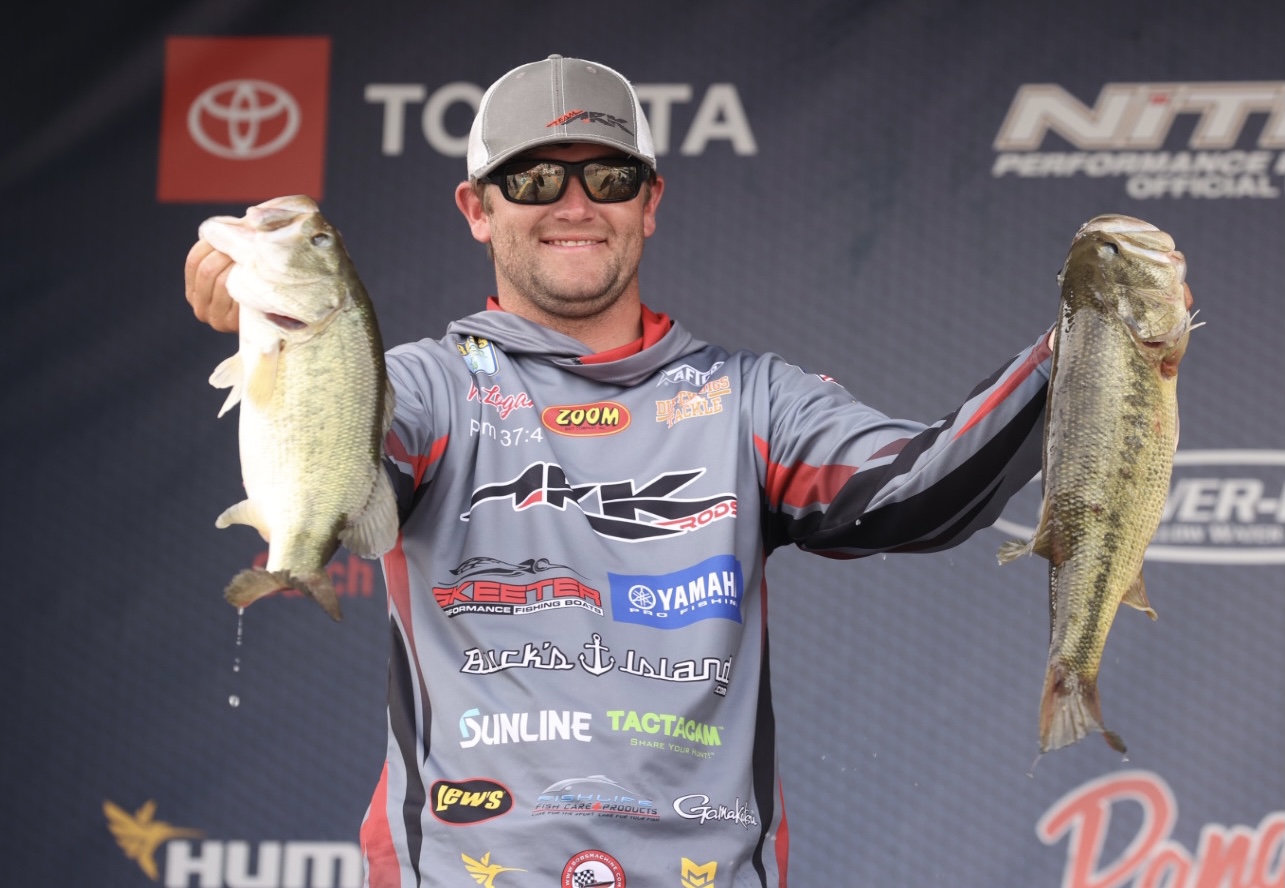 Wes Logan, powered by Yamaha Outboards and Skeeter Boats, weighed in 14 pounds, 1 ounce on the final day of the Bassmaster® Elite tournament on Alabama’s Neely Henry Lake to capture the Elite series win with a four-day total of 57 pounds, 9 ounces. The 26-year-old from Springville, Ala., a 30-mile drive from the Gadsden City Boat Docks, earned $100,000 for the win, his first in 26 B.A.S.S. events.

The second-year Elite Series angler charged into the lead on Day 3 with a 16 pound, 15 ounce bag that tied for the heaviest of the tournament.

“I started tournament fishing with my dad when I was 5,” Logan said. “We’d come here, Logan Martin and Weiss. I went into practice trying to not put pressure on myself. I wanted to fish like I’d never seen the place before. I wanted to figure out a pattern.”

Neely Henry was a difficult read for most of the 98 anglers who started the tournament on Friday, postponed by a day because of heavy rains earlier in the week. The storms sent the water table rising and shot sediment throughout the lake. The Elites scrambled to find stable water, many relying on junk fishing to see which lures and techniques produced the best bites.

Logan started the tournament strongly, putting 14 pounds, 1 ounce on the board Friday, good enough for ninth place. He caught 12 pounds, 8 ounces on Day 2, climbing to eighth and surviving the cut. He made his move on Day 3 with the 16 pound, 5 ounce haul, pointing to a pair of unusual catches as the turning point.

“I caught two bass under a bridge right by the Gadsden City Boat Docks on a crankbait,” he said “I’m not a crankbait fisherman. It was about 11:30, and I only had two keepers at the time. But I caught a 2 1/2 there, and then two casts later, I caught a 5 1/4. I only got one more bite that day. When you get that kind of bite when you’re not supposed to, that let me know I had a chance to win. Stuff like that just doesn’t happen all the time.”

Logan didn’t divulge specifics on the crankbait, other than to say it’s specially painted, similar to a black/chartreuse combo.

“I keep that one in my hand around here,” he said. “It’s a confidence thing.”

Logan planned to fish down-lake from the start, but low water in that area made him choose otherwise. He caught each of the 20 bass he weighed between Cove Creek and Minnesota Bend — both only a 10-minute run from the Gadsden City Boat Docks.

In addition to the $100,000 he received for winning the tournament, Logan also earned $4,000 through the Yamaha Power Pay Program and $5,000 through the Skeeter Real Money Program. The next Bassmaster Elite Series tournament will take place on Lake Guntersville in Scottsboro, Ala., May 20-23, 2021.