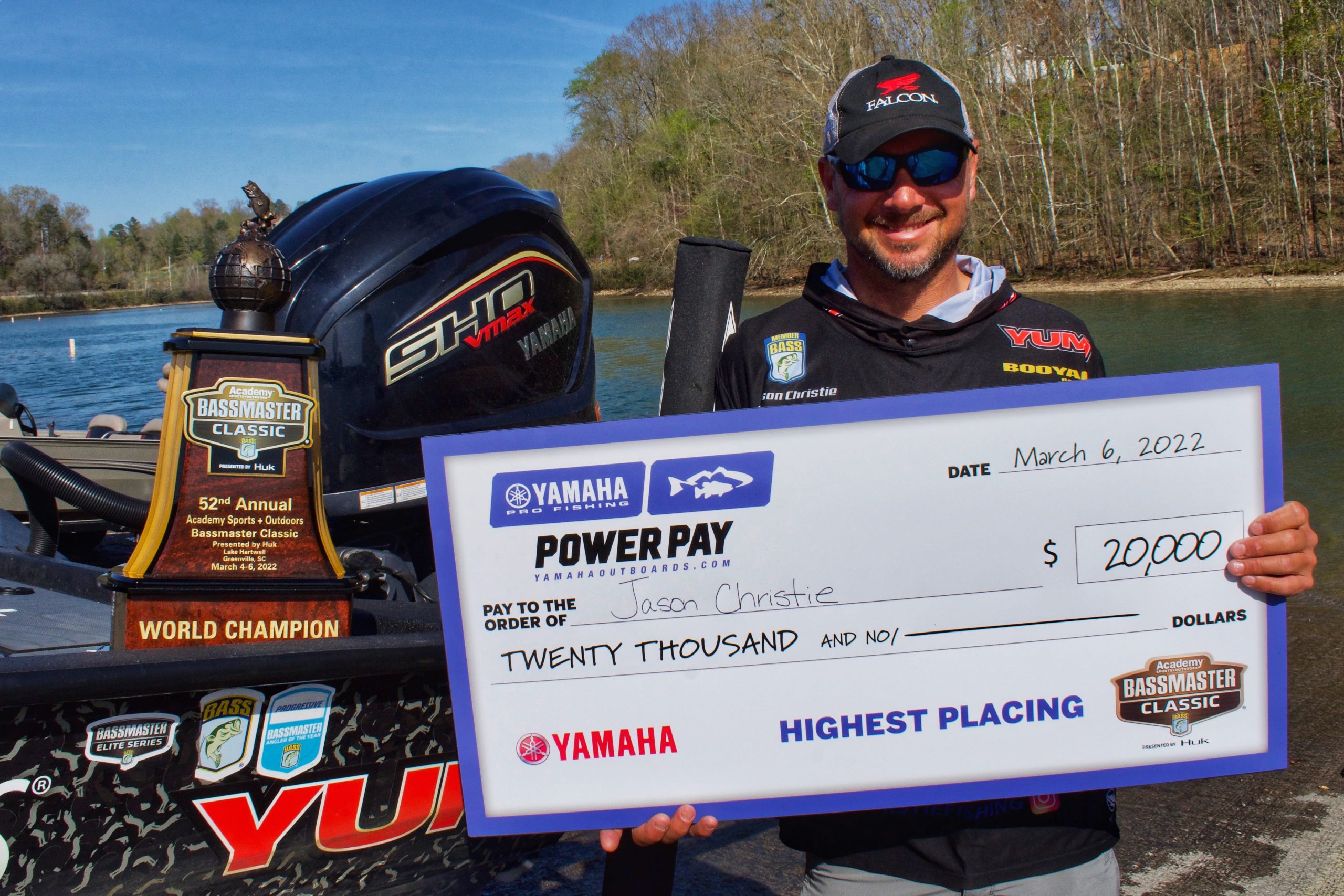 When Jason Christie was driving back to the Bon Secours Wellness Arena in Greenville, S.C. after fishing concluded on the final day of the 2022 Bassmaster Classic®, he didn’t think he had enough weight to win.

While anything other than first place would have been a disappointment, Christie did admit to one positive thought on the drive to weigh-in – the Yamaha Power Pay $20,000 bonus paid to the highest finishing angler running an eligible Yamaha outboard.

“I figured I would be a few ounces short of the win,” Christie said. “But at one point before weigh-in I did think about Power Pay and that perked me up a bit. I thought I had enough to beat the other Yamaha pros, which is all you need to win Power Pay money.” 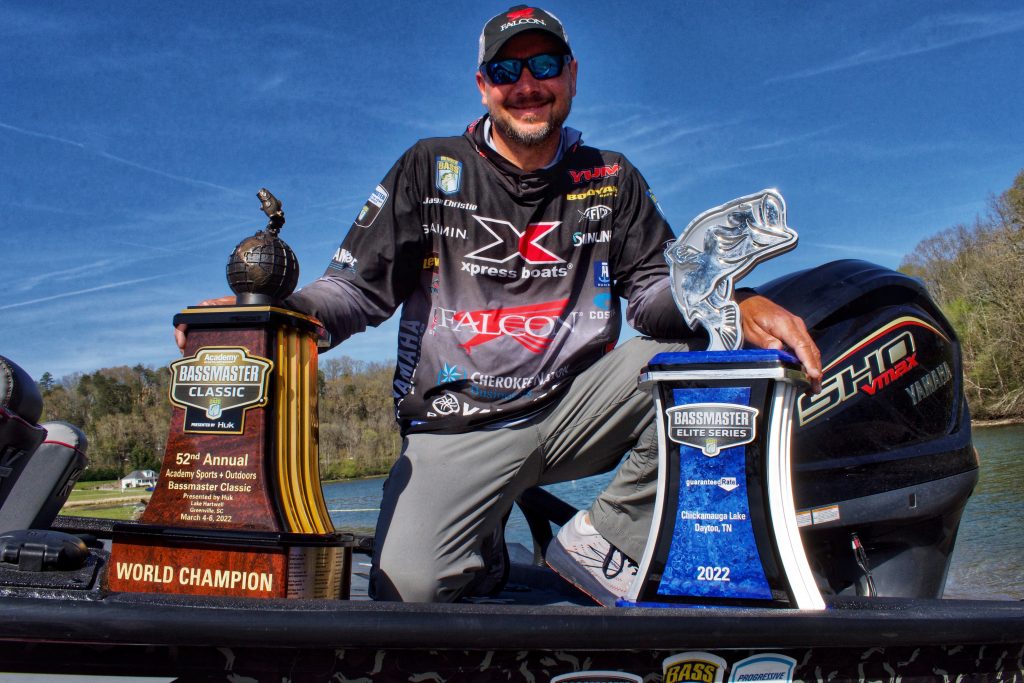 Christie weighed 17-pounds, 9-ounces of Lake Hartwell bass on that final day, finishing in the top spot and closing the book on his first Bassmaster Classic trophy. The Oklahoma native took home both the $300K first-place tournament payout and Yamaha’s incredible contingency bonus. The Power Pay money punctuated just one of several reasons he’s so fond of his Yamaha.

“I’ve been running this motor for two seasons now, and I just haven’t had to worry about mechanical issues – at all,” Christie said. “Yamaha has always had a reputation for reliability and my experience has been a testament to that. Stay on top of maintenance and that V MAX SHO will be your best friend.”

More than the dependability, Christie said the ability of his outboard to jump his aluminum Xpress Boat on plane in skinny water suits his fishing style.

“I primarily fished shallow in both the Classic and the win on Lake Chickamauga – in water four feet deep or less,” Christie explained. “The hole shot from my Xpress-Yamaha allows me to get up on pad in literally 18 inches of water. I’m good in any water deeper than a foot-and-a-half, which saves me a lot of idling time. It may only be five minutes here, or three minutes there, but add that up throughout a multi-day tournament and all the sudden I’ve gotten 45-minutes of fishing time back. That’s a huge deal.”

Christie has certainly had an impressive start to his 2022 season; winning trophies, big checks, and contingency bonuses. However, you don’t have to be a professional bass angler or win tournaments to cash-in with Yamaha’s popular Power Pay program.

Power Pay’s list of supported events includes saltwater and walleye tournaments, along with a myriad of high school, college, and team tournament bass fishing trails. Anglers just need to be the highest placing registered participant in a supported tournament and they’re eligible for payouts.

For more information, to get registered for free, or for complete terms and conditions about Power Pay follow this link: https://yamahapowerpay.com/ or send Chip an email at powerpay@dynamicsponsorships.com.