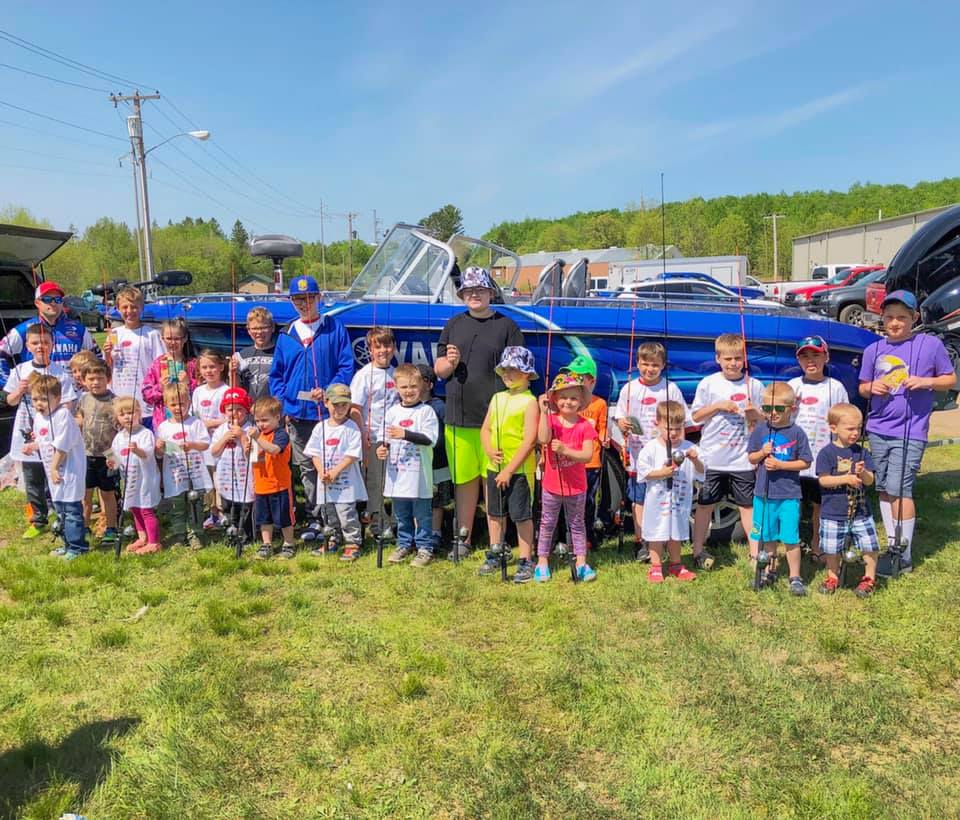 Moose Lake, MN-June 11th, 2019-Three times in as many years, Yamaha Outboards’ Professional Angler Spencer Deutz and the Community of Moose Lake, MN have teamed up to host a free youth and family fishing clinic. In 2017, Spencer and his wife Carley brought up the idea of the clinic to organizers of the Moose Lake Farmers Market and they jumped at the opportunity. Ever since, the clinics have been hit with large participation numbers.

This year’s clinic started at 10am in the upstairs conference room of the community hockey rink. During this portion of the clinic, Spencer presented the kids with an interactive seminar where they learned about aquatic nuisance species, fish identification, on the water safety and much more. They also had the opportunity to view an inflatable life vest in action where one future angler in the crowed had the chance to pull the manual tab to inflate the vest on Spencer. Spencer also introduced Project Future Angler to everyone in attendance.

Project Future Angler is sponsored by Yamaha Outboards and with this, one young aspiring fisherman or woman will win a trip to the 2020 NPAA Annual Conference held January 3rd-4th in Wisconsin Dells, WI. The winner will have the opportunity to meet the best professional walleye anglers in the country as well as receive their own customized professional fishing jersey. Also included will be a NPAA Future Angler membership, conference fees, two nights lodging and a $100 gas stipend. To enter the giveaway, the future angler must write an essay on what they learned during the clinic and how they can help stop the spread of ANS. Essays will be sent to Spencer and the winner will be chosen early November.

After the seminar, the future anglers headed to the grassy area outside the rink where they split up into four groups. The groups rotated through stations where they learned different casting techniques to catch Backyard Bass. They also had the chance to view minnows through an underwater camera, learned how to tie different fishing knots and got a boat tour of Spencer’s 2019 Ranger 620FS powered by a 2019 Yamaha VF250XA.

Following the clinic, each participant was given a rod/reel combination and a future angler t-shirt courtesy of the National Professional Anglers Associations (NPAA) Future Angler Foundation (FAF).

Deutz, the NPAA and the FAF would like to thank the community of Moose Lake, MN for granting the use of their facilities to host this event. Deutz’s goal is to educate over 600 kids in 2019. Since 2010, Deutz has hosted over 70 clinics and believes he can make a significant impact on the sport through education and outreach.