At the conclusion of the day-one weigh-in, King had an inkling that the stars were aligning. He had a productive area to himself, the right bait, and most importantly, the right conditions to make a long run and fish specific rock structure precisely.

King said the reason he chose to venture so far away from Bay City was quality. Other anglers were catching dozens of walleyes, but most were in the 12- to 19-inch range. But even in the best conditions, the run was treacherous and required a fuel stop.

“With the right conditions, I was willing to take the gamble and make the run, knowing I had reliable Yamaha power behind me,” said King. “I put over 400 miles on my new boat during the two tournament days. It’s a daunting thing to think about those runs. Everything has to go perfect, and this time, it did.” 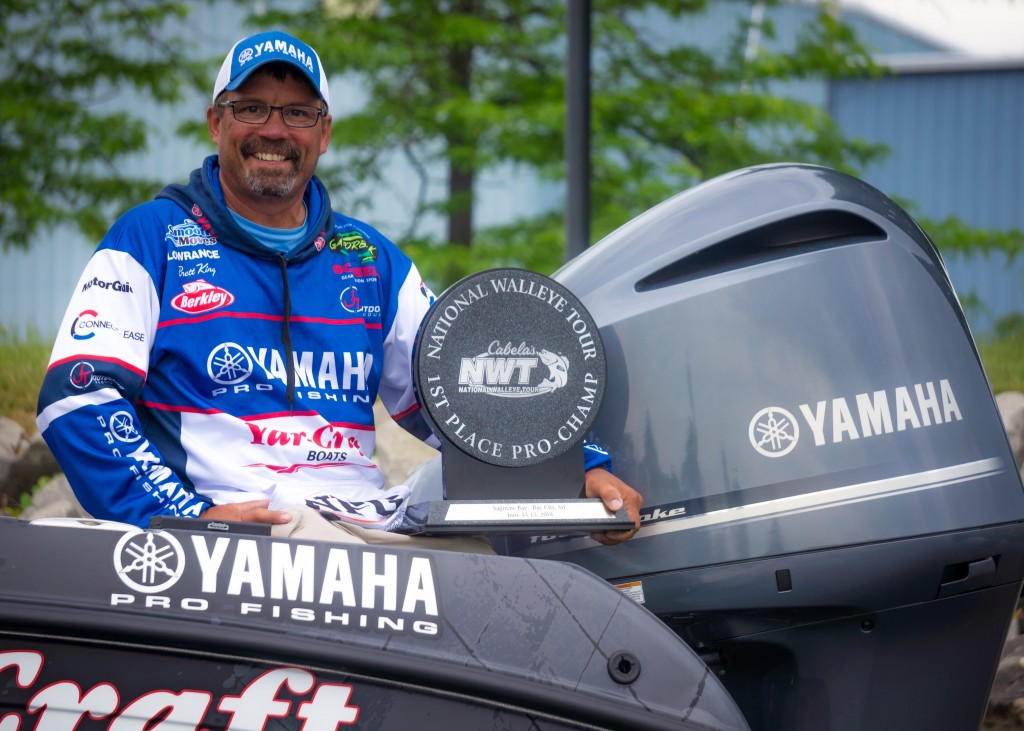 Cambridge, Wis., pro Joe Okada worked the same program as King in generally the same area. The two are friends and practice together on the National Walleye Tour.

“Finishing second is not what I was expecting. I was expecting to take a beating and just hopefully scrounge up some points. I was seriously debating running 60 miles in the other direction,” said Okada. “I’m fine with second; I really am. Brett was the minister at my wedding a couple months ago. For what I put him through and how nervous he was, this is the least I could do to return the favor.”

Yamaha Marine products are marketed throughout the United States and around the world. Yamaha Marine Group, based in Kennesaw, Ga., supports its 2,000 U.S. dealers and boat builders with marketing, training and parts for Yamaha’s full line of products and strives to be the industry leader in reliability, technology and customer service. Yamaha Marine is the only outboard brand to have earned NMMA®’s C.S.I. Customer Satisfaction Index award every year since its inception. Visit www.yamahaoutboards.com.

This document contains many of Yamaha’s valuable trademarks. It may also contain trademarks belonging to other companies. Any references to other companies or their products are for identification purposes only, and are not intended to be an endorsement.