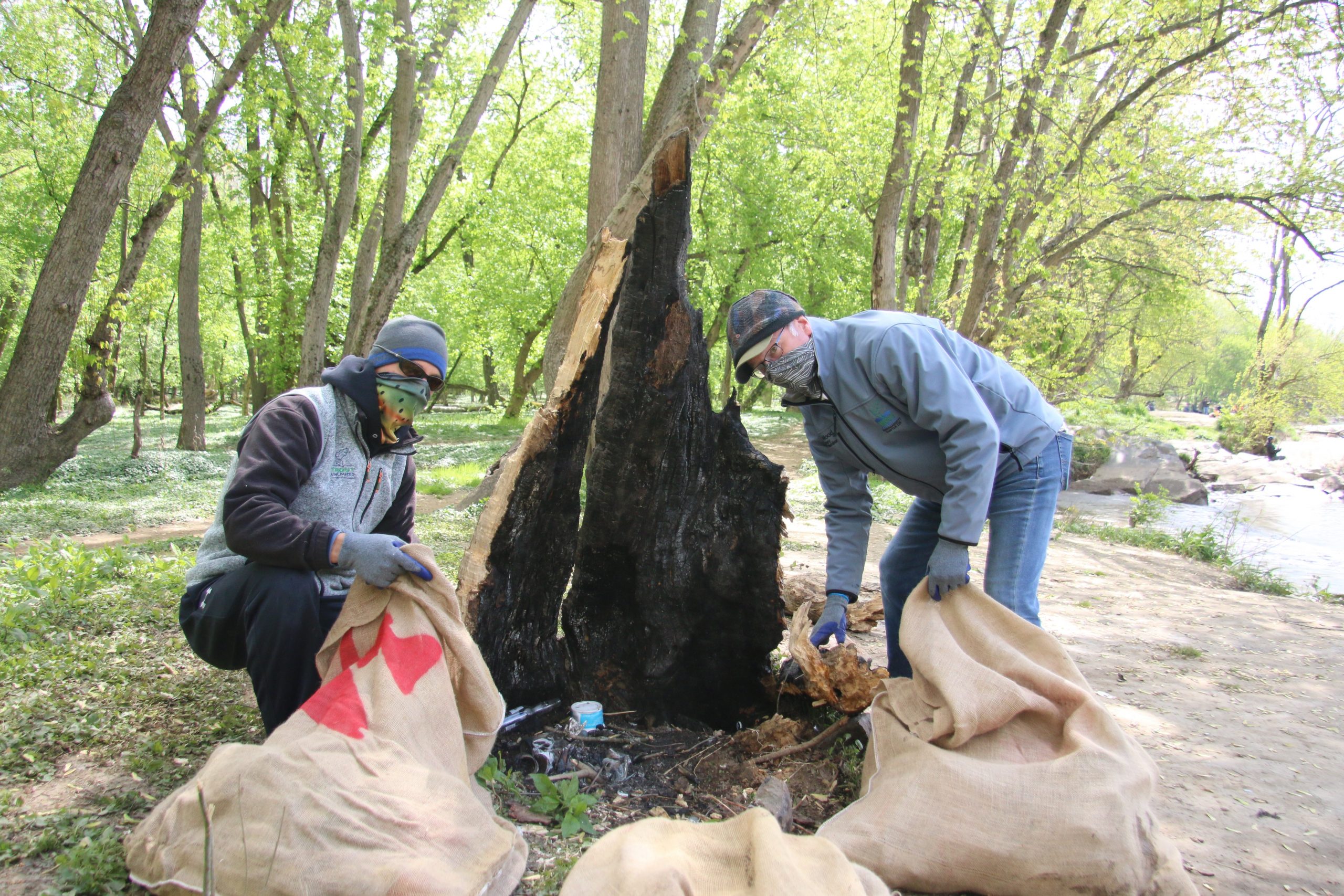 Yamaha Rightwaters joined forces with the Coastal Conservation Association® (CCA®) in Maryland and Northern Virginia to celebrate Earth Day by cleaning up Fletcher’s Cove on the Potomac River. Volunteers met at Fletcher’s Boat House on a chilly morning to spend some time preserving and enjoying one of the more popular fishing spots on the Nation’s River. With help from the Friends of Fletcher Cove and the National Capital Chapter of Trout Unlimited, the group removed debris from the river and raised awareness for a renovation project in the Cove.

“The Potomac is one of the largest rivers on the East Coast, a major tributary of the Chesapeake Bay and is the center of many important fishing opportunities,” said David Sikorski, Executive Director, CCA® Maryland. “Avid outdoor enthusiasts in this area will tell you that Fletcher’s Cove is one of the best urban fisheries around. However, the Cove is experiencing many issues due to sediment and debris that threaten its continued existence. We’re fortunate to have partners like Yamaha Rightwaters step in to help clean up and raise awareness for the actions needed to preserve Fletcher’s Cove.”

Fletcher’s Cove currently faces a heavy sedimentation due to an infrastructure project in the 1960s which disrupted the natural flow of the river. As the silt and run-off continues to pile up in the Cove, the water levels decrease significantly, disrupting wildlife and ecosystem in that segment of the Potomac. The Friends of Fletcher’s Cove are working to raise money for a restoration project that will restore proper water flow to the area and hope to have the opportunity to gain some of that funding through the Great American Outdoors Act, which passed in 2020.

“Fletcher’s Cove is an unparalleled urban gateway to the outdoors, and has been enjoyed for generations by residents from all across Washington D.C. and beyond,” said Rob Catalanotto, a lead volunteer with the Friends of Fletcher’s Cove. “It will take dedicated conservation stewards like CCA Maryland, Trout Unlimited and Yamaha Rightwaters to ensure Fletcher’s Cove remains a clean and accessible public access point to the Potomac River. We thank them for their interest in our cause and look forward to future partnerships.”

“For well over a century, Fletcher’s Cove has been the perfect escape from Washington, D.C., without having to leave the city. Unfortunately, without federal intervention, Fletcher’s Cove will eventually become just another local legend,” said John O’Keefe, Senior Specialist, Government Relations, Yamaha U.S. Marine Business Unit. “Conservation is at the heart of every Yamaha Rightwaters initiative and helping preserve and raise awareness for this special section of our Nation’s River is a fitting way to honor Earth Day.”