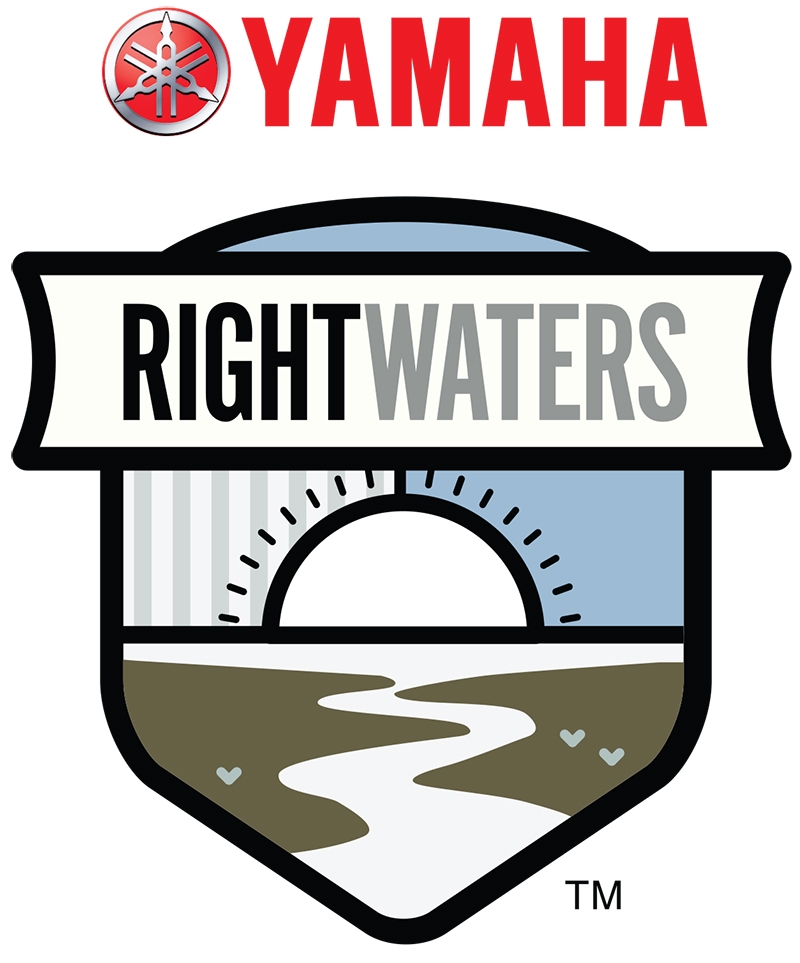 “Yamaha Rightwaters is fighting to protect our most precious and essential natural resource – water. It will embody all of our company’s conservation initiatives, as well as become a platform for many plans the company has in store to improve water resources,” said Martin Peters, Yamaha Marine Division Manager, Government Relations.

“Through Yamaha Rightwaters, we will continue to fight to improve habitat, control invasive species and support scientific research,” said Peters. “In addition, we will focus on removing marine debris, specifically plastic. Rightwaters is an umbrella for what we have long done and for all the projects we are inspired to do.”

Yamaha Rightwaters is also working with organizations such as the Bass Anglers Sportsmen’s Society (B.A.S.S.®) to improve conservation techniques and mitigate invasive species. They support habitat restoration projects with organizations such as the Coastal Conservation Association®. Yamaha plans to participate in more activities to conserve natural resources and support sustainable recreational fishing and water resources.

Yamaha has a long history of natural resource conservation. Within the last five years alone, Yamaha has given support to the Georgia Department of Natural Resources, the Kenai River Sportfishing Association, WoundedNature.org, the Pacific Marine Mammal Center, the Provincetown Center for Coastal Studies, OCEARCH, the National Aquarium® and the Clearwater Marine Aquarium®. In addition, Yamaha vigorously supported the Save Our Seas Act, S. 3508 on Capitol Hill. The act was signed into law on Oct. 11, 2018.

In addition, Yamaha Marine developed and published an Angler Code of Ethics to ensure all Yamaha pro anglers adhere to principles of conservation and stewardship of all marine resources. Yamaha Marine also worked with the American Sportfishing Association® (ASA) and the FishSmart® Foundation to produce a series of videos that aim to educate offshore anglers about the importance of using descending devices to reduce the mortality rate of fish in catch and release fishing situations.

Yamaha Rightwaters conducted the World Oceans Day and Coastal Georgia Clean Up campaign to prevent plastic and other debris from entering the ocean. In sponsorship with Keep Golden Isles Beautiful, the Coastal Georgia Clean Up effort united 18 nonprofit, educational and governmental organizations in a simultaneous removal of litter. The group collected 4,572 pounds (2.3 tons) of trash, including more than 5,200 cigarette butts and 19 tires.

“Sponsoring a coast-wide cleanup in our home state on World Oceans Day is a great way to launch Yamaha Rightwaters and bring national attention to the plight of our oceans,” said Peters. “Conservation is a cornerstone of our business, and we will continue to advocate for policies and practices that ensure clean water and sustainable fisheries for everyone.”

Yamaha Marine products are marketed throughout the United States and around the world. Yamaha Marine U.S. Business Unit, based in Kennesaw, Ga., supports its 2,400 U.S. dealers and boat builders with marketing, training and parts for Yamaha’s full line of products and strives to be the industry leader in reliability, technology and customer service. Yamaha Marine is the only outboard brand to have earned NMMA®’s C.S.I. Customer Satisfaction Index award every year since its inception.