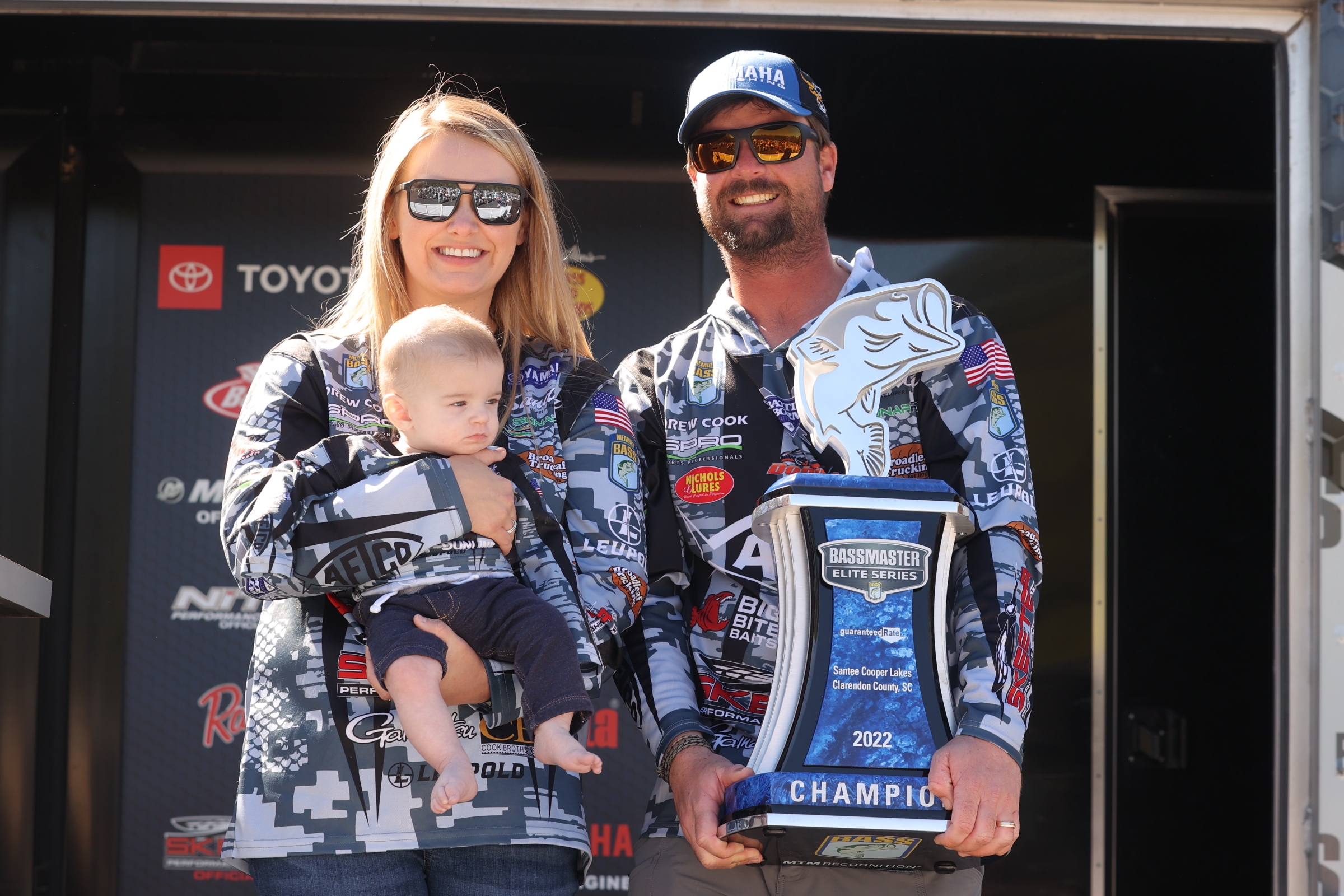 “Yamaha congratulates Drew on an impressive win, which follows on the heels of Jason Christie’s Bassmaster Classic victory for team Yamaha,” said Roxanne Flores, Supervisor, Pro Staff and Dealer Training, Yamaha Marine Engine Systems. “The Yamaha Pro Team is experiencing great momentum as we move further into the Elite season, and we look forward to cheering our anglers on during the next event.”

The angler from Cairo, Georgia held the lead all four days of the tournament and earned a Century Belt for catching more than 100 pounds with a four-day total of 105 pounds, 5 ounces.

“I completely forgot about the Century Belt. That’s cool,” Cook said. “It was a perfect storm this week. I had a blast. I did really well keeping my composure. There were a couple of times this week the wheels could have fallen off. I acted like I had been there before, and it all worked out.”

Spending his time in the Potato Creek region of Lake Marion, Cook caught the majority of his weight in lily pad fields that were located next to deep water.

In practice, the female bass he found had not locked onto beds. But come tournament time, they settled close to the only male he found on bed.

“The area was very special. I didn’t know it was that special,” he said. “Because it had deep water that went all the way to the back of it, it reloaded every day. It really did surprise me. I didn’t know that was going to happen. Having 6 feet of water up against the bank in the back is the reason those fish kept coming in there.”

Entering the day with more than a 4-pound lead, Cook started Championship Monday by catching a 5-pound bass he left the previous day in the first hour. However, he didn’t catch his limit until around 1 p.m., and didn’t have his biggest bass until just before 2:30 p.m., a 7-pound, 14 ounce catch that won the Phoenix Boats Big Bass of the Day award and an extra $1,000.