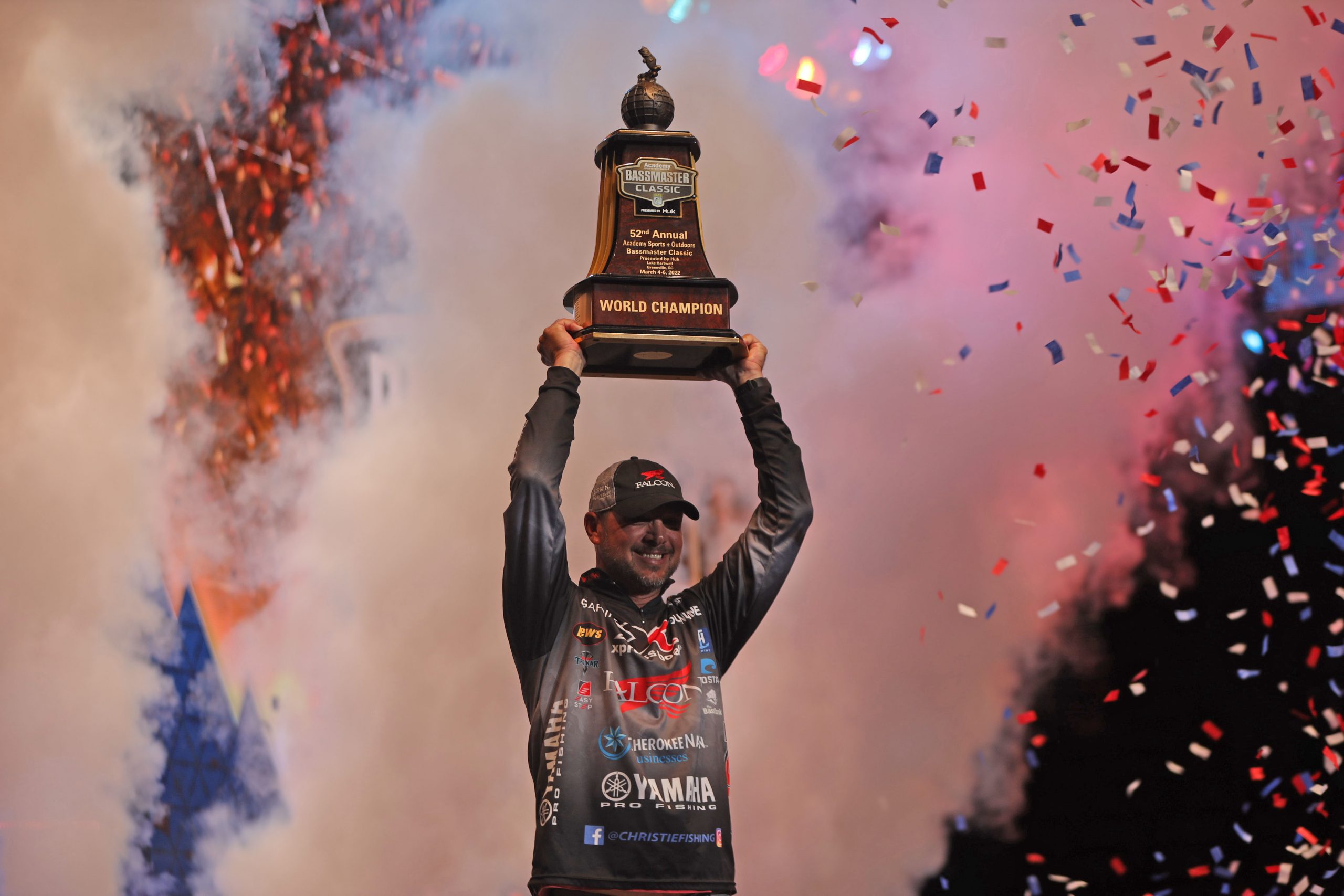 Yamaha/Xpress Boats® pro angler Jason Christie is the 2022 Bassmaster Classic® Champion. The 48-year-old pro from Park Hill, Okla., who narrowly missed the Classic title twice in the past, started Sunday’s final round in first place and caught five bass weighing 17 pounds, 9 ounces to win the 52nd Classic. His three-day total was 54 pounds even, only 5 ounces better than the angler who finished in second place. The event drew a record 154,932 fans.

“Honestly, when I was sitting at the door waiting to come in and weigh my fish, I thought I had given it away again,” said Christie, who pushed his career earnings with B.A.S.S. to $1,668,011 with the $300,000 victory. “I knew it was gonna be close. I honestly thought there could be a tie, and that was scary for me because I didn’t have any fish left.”

Known as one of the best power-fishermen in the world, Christie certainly found plenty of fish throughout the week as he alternated between deep- and shallow-water patterns. It was the shallow-water technique that paid off in the end.

When Christie arrived at his sport early on Sunday, he found what he described as a “ghost town.” A place that produced half of his weigh-in fish during the week produced only one on the final day, and he had to make the critical decision to move.

When asked if his equipment played a role in his success, Christie responded, “I choose to run what I can count on. I made it back to check in each day, my fish were all alive. I know that when I fire that Yamaha up, it is going to get me there every time.”

Besides carrying the weight of past near misses in the Classic, Christie said he also had to fight the urge to rely on the lure he’s known most for — the spinnerbait. Despite some limited success with it during practice, he said the small amount of stained water that was available wasn’t dark enough for his liking. He also knew the areas would likely be crowded all week.

“I fought the demons here as far as where I’ve won in the past,” said the pro who became the first angler to win the Classic in an aluminum boat. “I wanted to go into a pocket with dirty water and throw a spinnerbait, and I caught a 6-pounder doing that in practice. That fish was trying to lure me in, but I put the spinnerbait away and said, ‘This tournament can’t be won on a spinnerbait.’ I knew I could go into clear water and not see a boat.”

Good decisions like that mean he’ll no longer have to answer the daunting questions he faced since he finished second at Grand Lake in the 2016 Classic and third at Hartwell in 2018.

As a member of the Yamaha Power Pay program, Christie also brings home an additional $20,000.

This document contains many of Yamaha’s valuable trademarks. It may also contain trademarks belonging to other companies. Any references to other companies or their products are for identification purposes only and are not intended to be an endorsement.