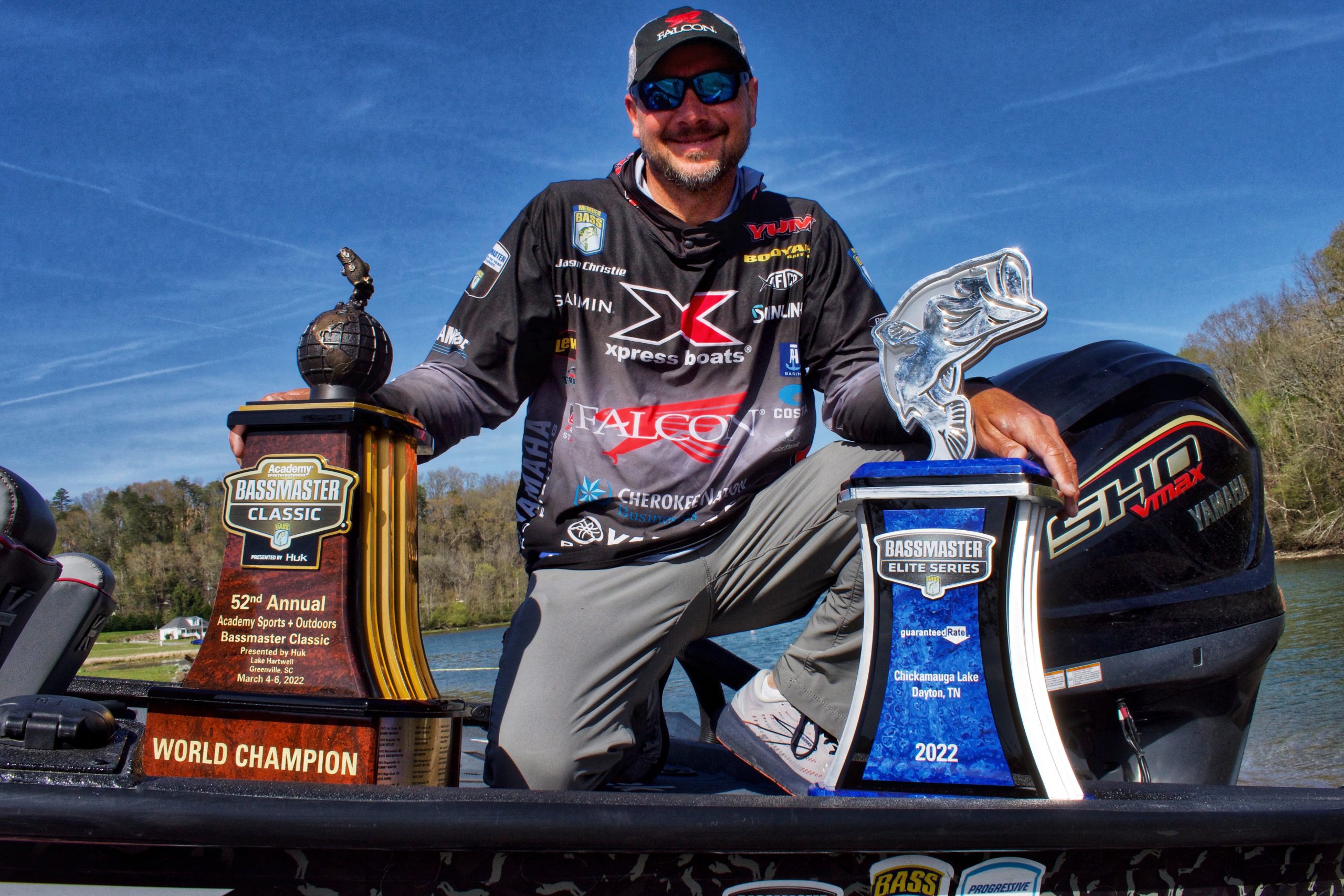 Christie credits a portion of his win to the Xpress Boat and 250-horsepower Yamaha V MAX SHO® outboard that helped him get where he needed to be during the competition.

“My Xpress and Yamaha allowed me to go further and fish longer each day,” said Christie. “It saved me 30 to 45 minutes every time, which makes all the difference. I knew I could trust it to get me back. Just like at the Classic, I fished to the last second, and I think I’m here on this stage because of it.”

Weather conditions shifted dramatically throughout the tournament and made a final sharp turn Sunday, with the return of the sun, calm winds and a high temperature near 70 degrees. Christie once again took advantage of a short window of low visibility aided by the early morning fog – a plan that ultimately played a huge role in his eighth career victory with B.A.S.S.

“The fog is why I won,” said Christie. “I knew the spot I stopped at had had a lot of traffic, but I figured I would just go in there and fish until the fog lifted. But really it set up perfectly because it was shaded and had all the right stuff.”

While much of the field was still navigating the fog, Christie caught a quick limit, taking the unofficial lead on BassTrakk by 8 a.m. and never relinquishing it.

“That was the key, just getting off to a good start,” he said. “What was weird is every day those fish have been tight to cover. But the first big one I caught today was halfway back to the boat. Then the next bite was about the same — and that’s how I ended up catching them.”

Christie took home $100,000 in prize money from B.A.S.S.® and an additional $4,000 in Yamaha Power Pay program money for his win. Skeeter/Yamaha Pro Daisuke Aoki and Yamaha Pro Carl Jocumsen also finished in the top-ten, placing sixth and seventh respectively. Jocumsen claimed an additional $1,500 for being the second-highest placing Yamaha Power Pay entrant. The next Bassmaster® Elite Series event will take place on Lake Fork in Quitman, Texas in May.