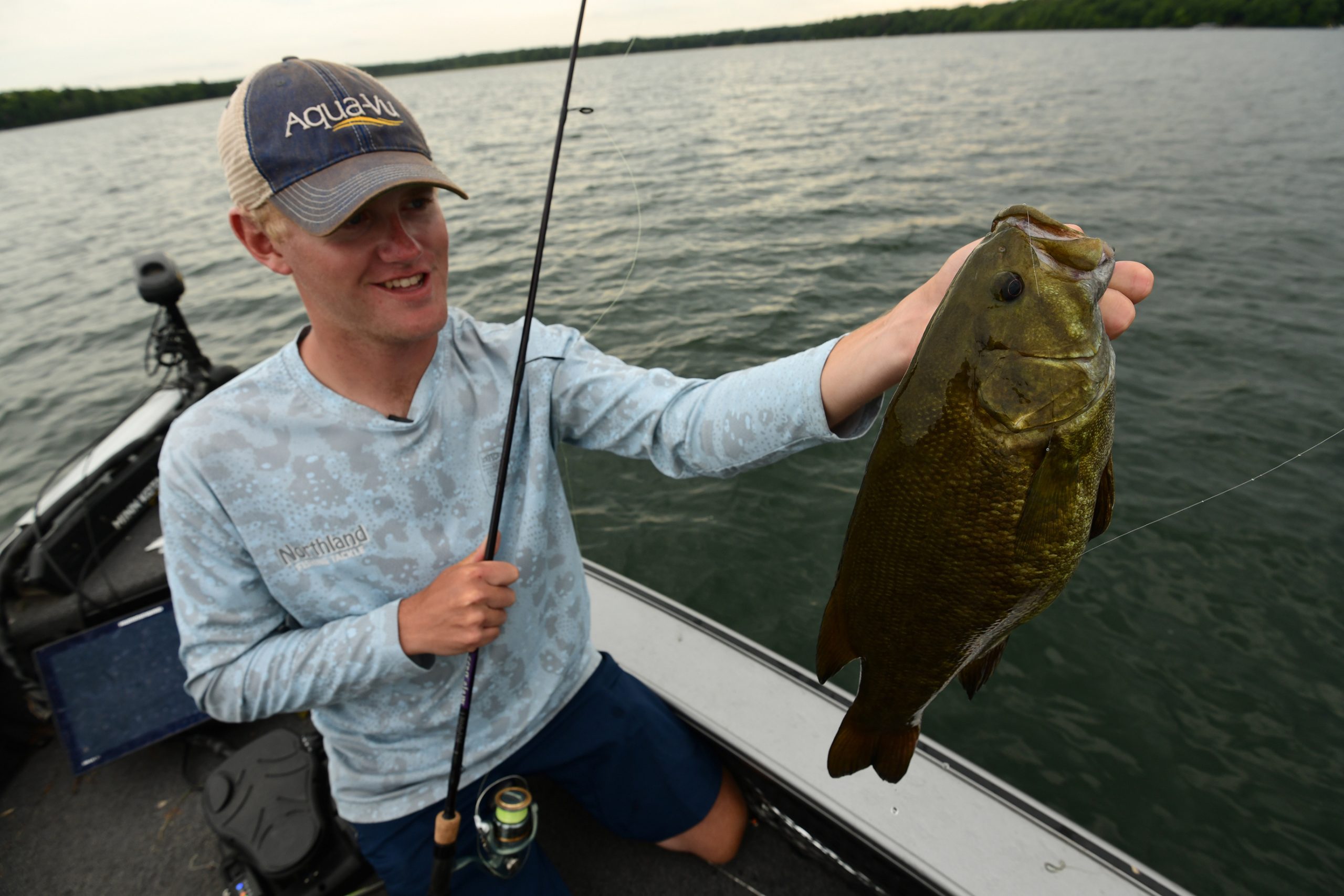 Kids today have been brought up in the screen generation. It’s a big reason so many young anglers have such a natural affinity for an underwater camera. A depthfinder can only show you so much, but put an Aqua-Vu in front of a kid and watch them light up. It’s pure excitement, but it’s also a great way to help these future anglers learn fish behaviors and how they react to lures.

As grown-ups will tell you, high-tech devices often come with the sting of confusion. That ‘overwhelmed’ emotion quickly turns to embarrassment when your son, niece or daughter picks up said device, taps two keys and smiles with total understanding. “See? It’s easy. Duh, Dad!”

Yet even for tech-savvy youth, interpreting sonar/fish-finder screens isn’t always so simple. For most anglers, it’s a constant question of “fish?” Or “something else?” And even when you’re sure the on-screen image is in fact a fish rather than a boulder, log or other underwater mystery, correctly sleuthing the right species feels like a shot in the dark. As competitive anglers of all ages continue to realize, however, an underwater camera offers an uncomplicated and immediately valuable path to more of the fish they seek. 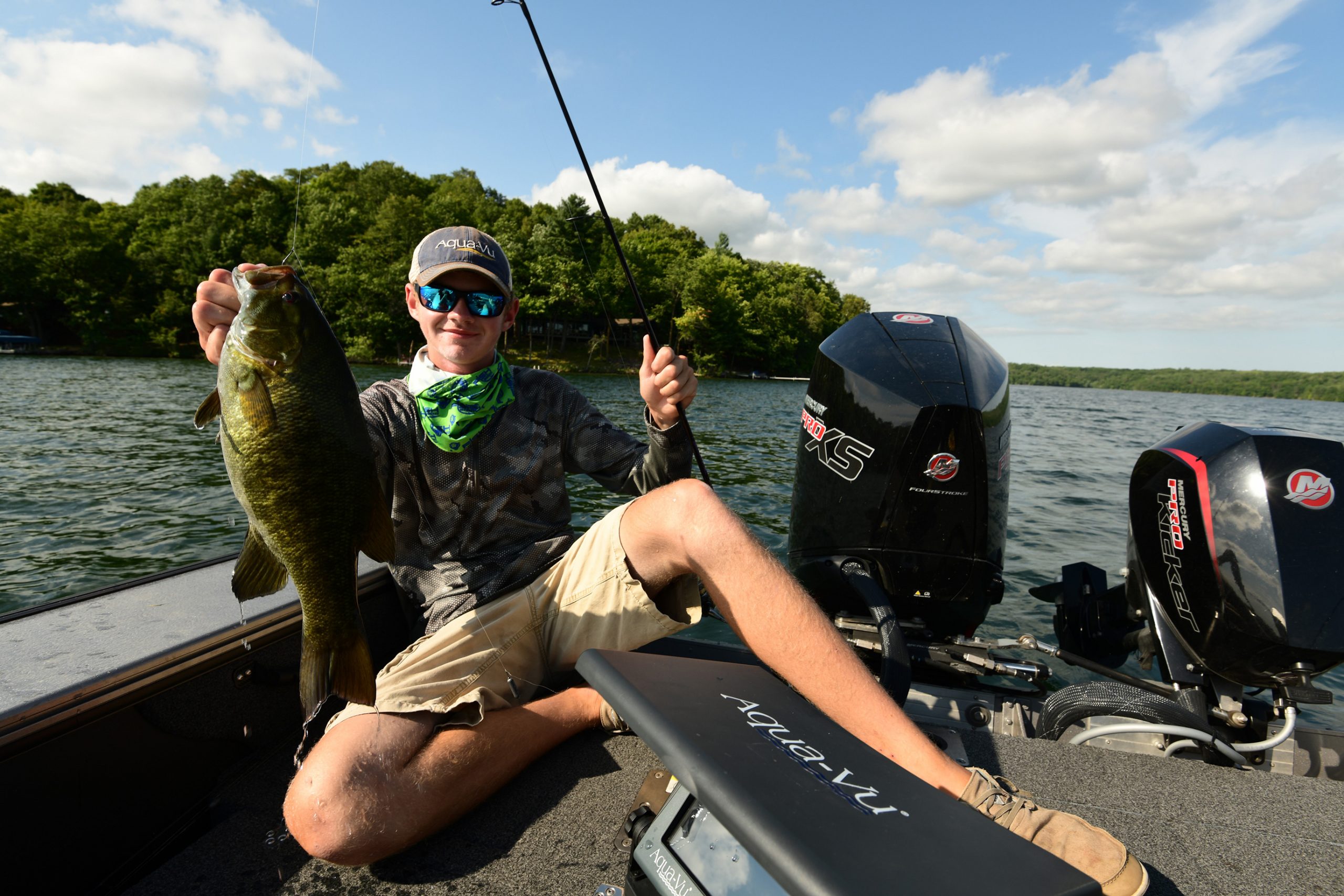 “We used the Aqua-Vu a lot in the days leading up to the championship,” noted Hapka, a Minnetonka, Minnesota high school senior. “We ran side imaging sonar over large boulder fields, dropping waypoints on spots that held the biggest rocks and where we could clearly see fish holding near ‘em. To stay in the running, we knew we’d need to find the big four and five pounders. By stopping on each spot and dropping the Aqua-Vu, we could quickly determine the size of bass living there.” 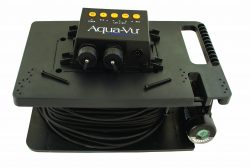 “The Aqua-Vu showed us that a lot of the rocks we originally found with sonar held big numbers of smaller 2 and 3 pound bass,” recalls Hapka. “The camera also helped us stay away from areas that held mostly walleyes, as opposed to bass. The two can look really similar on sonar. But the real-live video makes fish ID a no brainer.”

Hapka also called out the underwater camera’s value in patterning the lake’s biggest smallmouths. “The Aqua-Vu made it pretty obvious that the bigger groups of 4-pound fish were all in 20-plus feet of water, while the smaller fish were shallower. We also learned that giant boulders the size of the boat’s casting deck—especially isolated ones sitting in sand, rather than gravel or rubble—definitely attracted the biggest smallmouths. Some of these fish were absolute giants.” 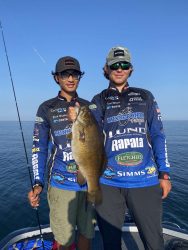 On tournament day, Hapka and Moyer enjoyed the benefits of casting to fresh smallmouth bass that had not been subjected to lures and hooks during prefishing. “What happens is that a lot of anglers hook 20 or more bass during prefishing and then have a hard time catching them on tournament day because they’ve already caught the active biters in an area. The Aqua-Vu lets you prefish with your eyes only, while resting your best spots until tournament day.”

While the camera unearthed their location, Hapka and Moyer soon realized the big, tournament-winning bass were anything but easy to catch. “You had to put your dropshot rig right in front of the bass and just let it sit still before a fish would bite. We rotated our dropshot baits on every spot, showing fish different baits until we found the right combination.”

Following a final year on the Student Angler Tournament Trail, Hapka hopes to eventually find a job in the fishing industry. “I definitely plan to keep fishing tournaments after graduation,” Hapka says. “I just love fishing and enjoy being around the sport and the people. Whether I find work as a manufacturer’s sales rep, full time angler on one of the big tournament trails or some other capacity, I’m just looking forward to continuing to learn all I can about fishing and underwater fish behavior.”