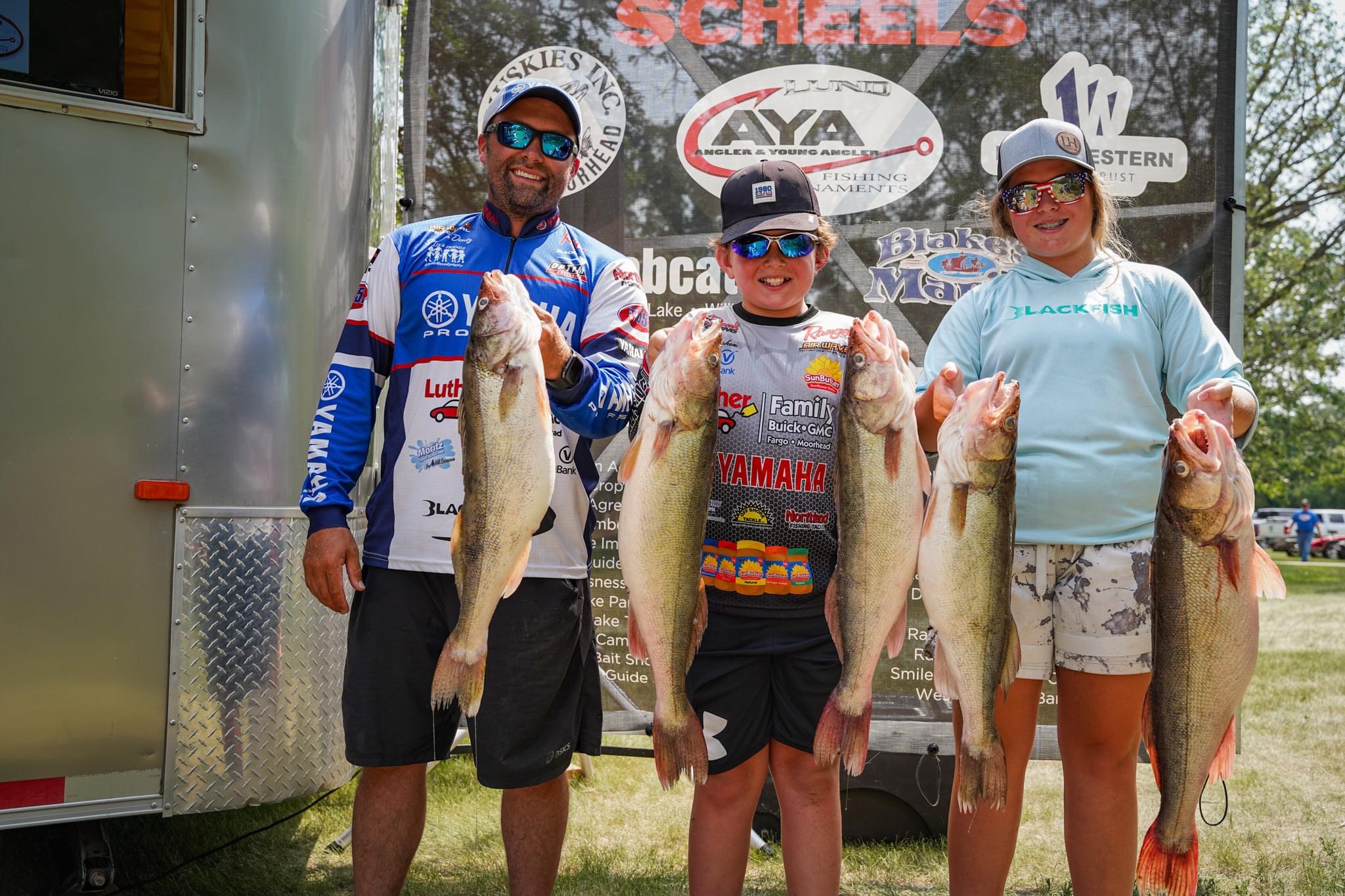 Saturday, July 10th, 2021 marked the 13th annual Angler Young Angler (AYA) Tournament on Devils Lake, ND hosted by FM Walleyes Unlimited of Fargo/Moorhead and Lake Region Anglers of Devils Lake. The event brought youth anglers from across the state in search of the five largest walleyes of the day.

Each team consisted of one adult angler over 18 years of age and two youth anglers 17 years or younger. The event kicked off Friday, July 9, when teams and other family members gathered for a picnic, games, prizes and, of course, fish stories and memories from previous AYA events.  Following the picnic, teams lined up for the registration and the rules meeting. 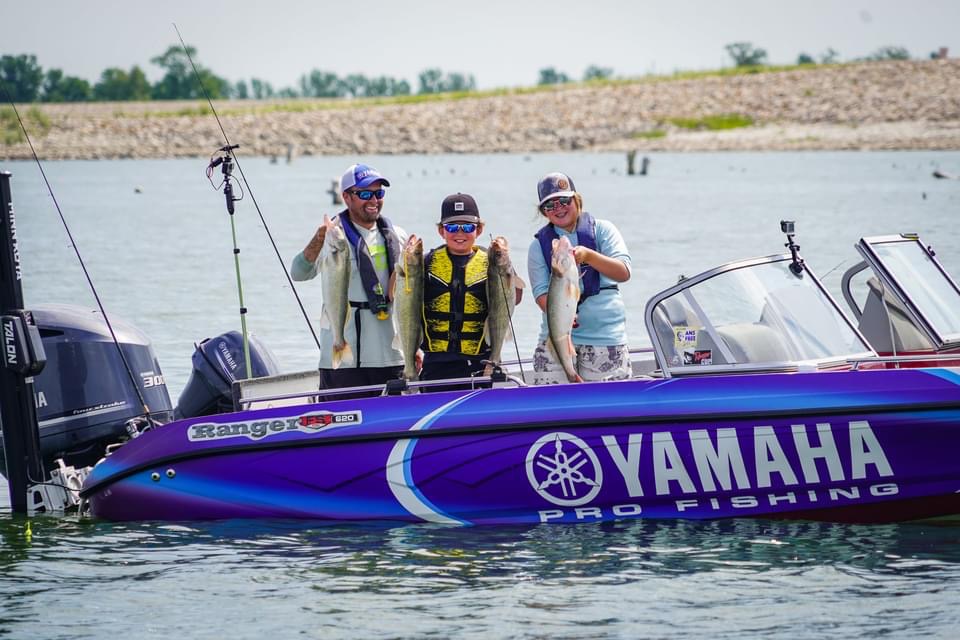 On Saturday, participants gather at the Lakewood Park boat ramp where the boats are inspected, and the anglers are given bag lunches from local sponsors. At 8 AM sharp, teams headed out and began their quests to catch the five largest walleyes.

This year, something special was about to happen. As the boats gathered back at Roosevelt Park around 3pm, word was spread that a team had caught five walleyes that would contest with the largest five-fish bag ever weighed in a single day on Devils Lake, in any tournament!

Team 15, consisting of youth anglers Adi Houkom (age 14) and Ryder Houkom (age 10), of West Fargo, ND, were in posession of that bag. Weigh-master Andrew Shae remarked, “We may have to weigh these fish separately, I’m not sure if they will all fit in one basket.” It turns out the walleyes did fit in one basket, and as he put them on the scale, the weight climbed to a total of 38.69lbs! Not only did the Houkom brother and sister take home first place, Adi Houkom took home first place for largest fish in the girls divison at 9.98lbs, and Ryder Houkom was awarded first place for largest fish in the boys divison at 7.9lbs. Adi and Ryder were captained by Yamaha Pro Angler Spencer Deutz. 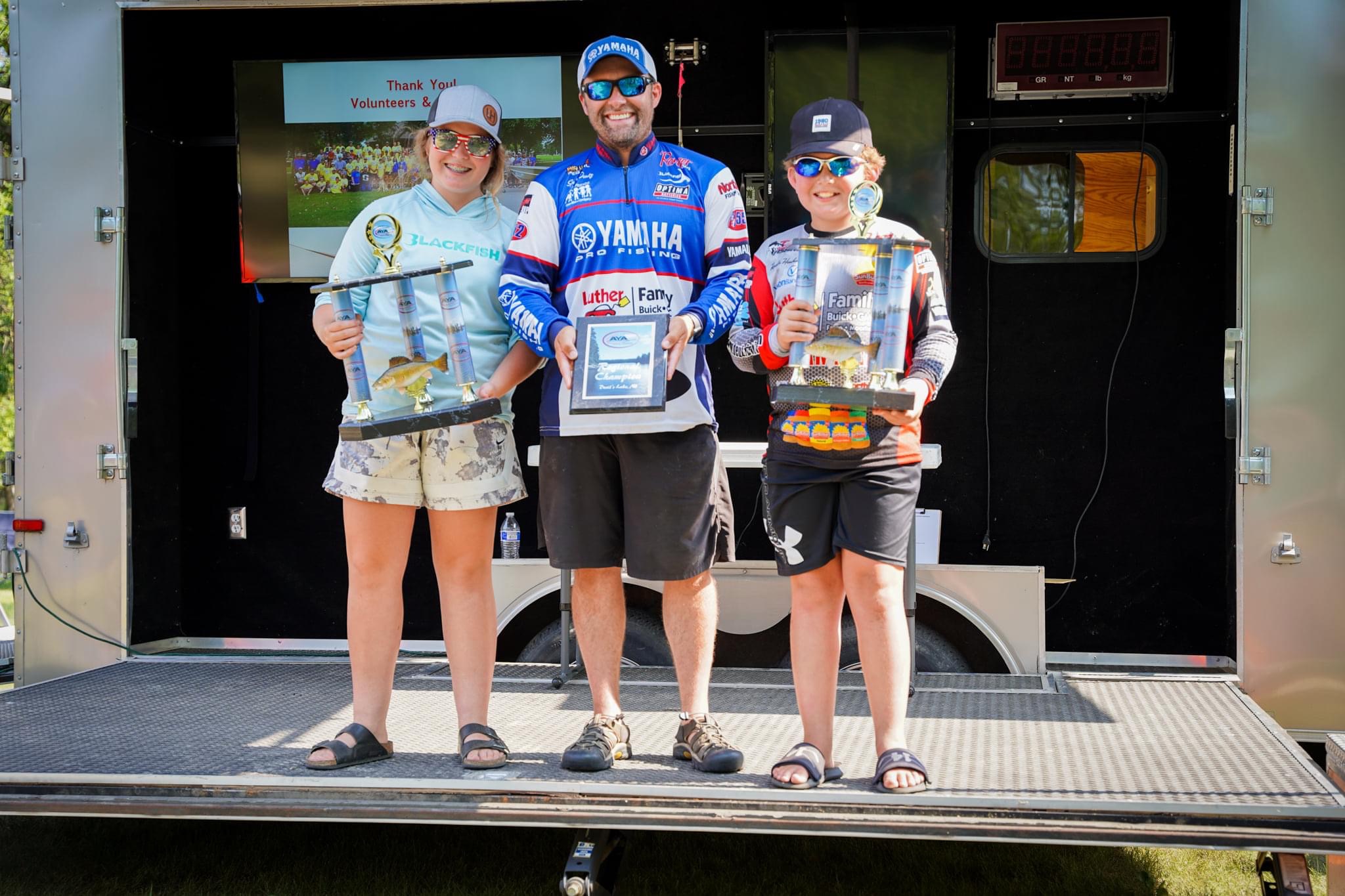 It turns out this weight is the largest five-fish bag of walleyes to ever be recorded on Devils Lake at a tournament!